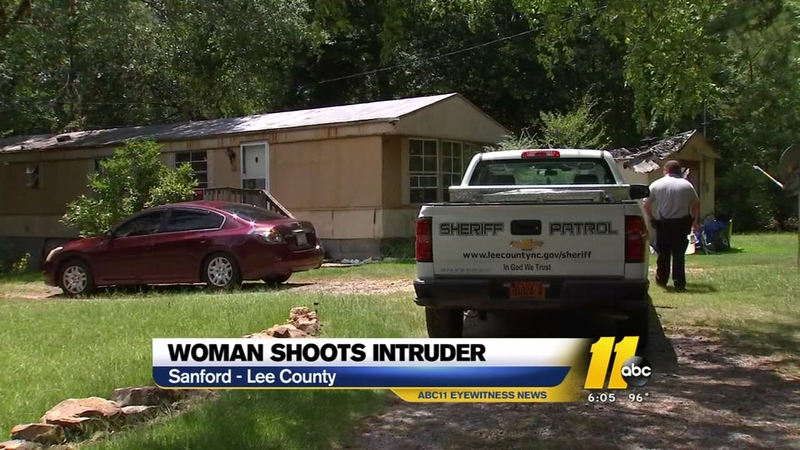 SANFORD, North Carolina (WTVD) -- The Lee County Sheriff's Office is investigating after a man was found shot dead in the front yard of a home in the 300 block of South Plank Road west of Sanford.

Deputies said the homeowner told them she heard her front door knob being jiggled just before 11 a.m. and went and got her gun.

When she answered the door, she said a man later identified as 29-year-old Bryant Latrelle Martin - also of S. Plank Road - tried to force his way into the home and they struggled.

The woman fired her gun several times at Martin as he fled off the front porch. Her son called 911.

Martin was pronounced dead at the scene.