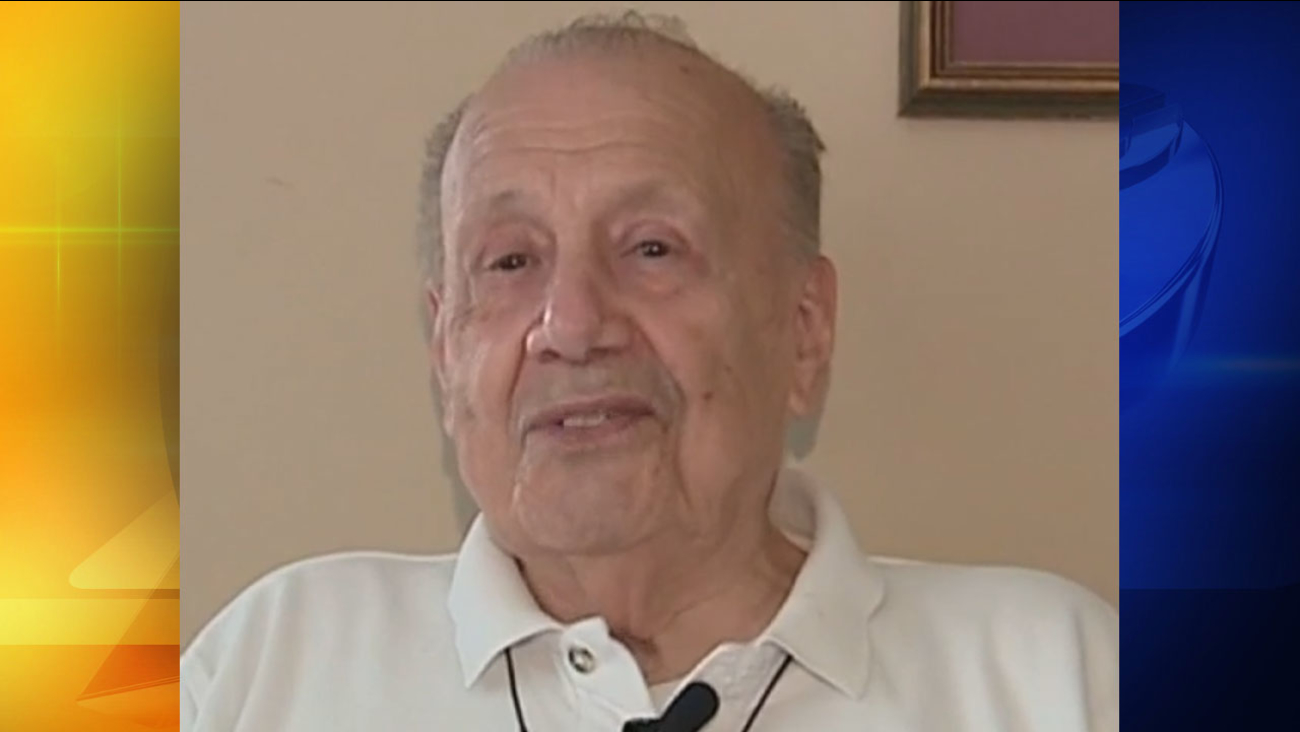 FAYETTEVILLE (WTVD) -- Known affectionately by all as "Smiling Al," Al Alvarez was a familiar face at the Airborne and Special Operations Museum in Fayetteville.

As a private, Alvarez landed on Omaha Beach on D-Day and after 32 years of service retired a Lt. Col. paratrooper with the 82nd Airborne Division.

He was a volunteer at the Airborne and Special Operations Museum from the very start. Last year in February, museum officials dedicated a special stone in his honor outside the entrance.

Al Alvarez greets students at the ASOM before the unveiling of his paver stone. #abc11 pic.twitter.com/EdJbSacEOK

Below is a profile ABC11 wrote about Alaverez in 2014 on the 70th anniversary of D-Day.

Al Alvarez, a 90-year-old WWII vet, shared his story with visitors to the Airborne and Special Ops Museum.

When Al Alvarez heard the call from the paratroopers of the 197th Texas Army National Guard, he knew this D-Day would be unlike any other.

Alvarez, 90, is no stranger to the Airborne and Special Operations Museum. He volunteers there often, but on the 70th anniversary of D-Day, he wasn't expecting to be honored.

"Hearing all the great stories this man has lived through is just very inspiring to us all," said Sgt. Gilberto Guerra, a parachute rigger with the 197th.

The unit, in town for the commemoration, was among an audience of ASOM visitors who listened to Alvarez recount his war stories. Earlier in the week, the retired Lieutenant Colonel spoke with ABC11 about the day his 16th Infantry Regiment took Omaha Beach.

"We were a group of seven and two of us were radio operators," Alvarez remembered. "And one guy got hit in the head and there was blood all over his face, and he said 'Al, stick your hand in my helmet and see what's going on.'"

Alvarez, then a 20-year-old paratrooper, said the explosive atmosphere was like a Hollywood set, until death surrounded him.

"I was not as nervous as a lot of the other guys who were there because I was too young and too stupid to realize what was about to happen," he laughed. "When people started getting hit, I knew it was real."

The young paratroopers, who later invited Alvarez on their Ft. Bragg jump, weren't the only ones captivated by Alvarez's tales.

Chuck Sullivan and his wife, Laura, were in Fayetteville for Chuck's Vietnam Veteran unit reunion. They met Alvarez and toured the ASOM.

"You know we served 12 months in Vietnam, we got to go home," said Sullivan. "Those guys, a lot of them served two-and-a- half, three years in combat. That's unbelievable."

"Until you see it in person, no movie, no movie can describe it," said Laura Sullivan, shaking her head.

"I always wonder if I'd have enough guts to do that, and I don't know," added Chuck Sullivan. "It's hard to say."
Report a correction or typo
Related topics:
community & eventsfayettevilleveteransmilitaryfayetteville newsfayettevillenorth carolina news
Copyright © 2021 WTVD-TV. All Rights Reserved.
More Videos
From CNN Newsource affiliates
TOP STORIES

Ex-Chatham deputies charged after shots fired while they were drinking