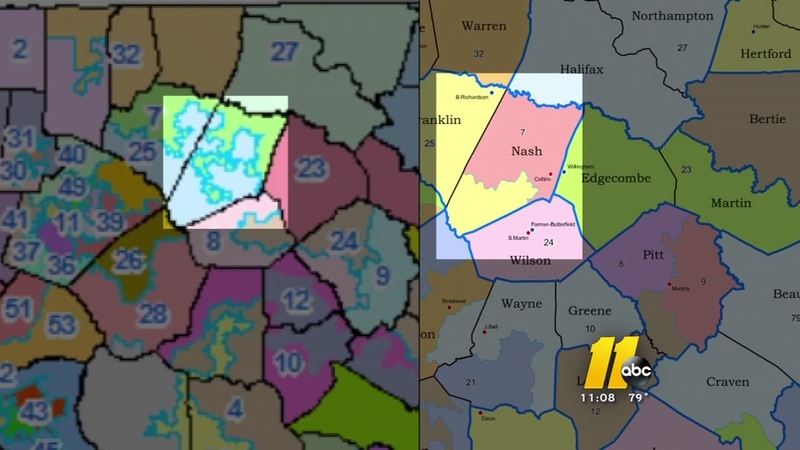 One of the things that changed was the addition of more compact districts.

Representative David Lewis, R-Harnett County, said that they were releasing the plans early so if people want changes they can let representatives know.

"We followed the criteria closely so the public will be pleased with them," said Lewis, senior chairman of the House redistricting committee.
Lewis also said that one thing that would need to change is called "Unavoidable Pairings," meaning two representatives would right now be representing the same overlapping areas.

Those unavoidable pairings include Guilford and Lee Counties.

"Republican leaders continue to show they are more concerned with maintaining their supermajority than fairly representing North Carolina," Reynolds said. "We'll wait to see more details before examining individual districts, but we continue to be concerned by Republicans' insistence on using the same dark arts gerrymandering expert who drew the previous unconstitutional maps, and their refusal to conduct this process in a transparent and bipartisan fashion."

The first public meeting is Tuesday; the committee will meet Thursday.

"People will be able to draw conclusions for themselves," Lewis said. "We feel like we have complied with the wishes of the judges."

LOCATIONS FOR TUESDAY'S PUBLIC HEARINGS
All hearings begin at 4 p.m.