Duke's Krzyzewski talks NCAA scandal: 'A slap in the face' 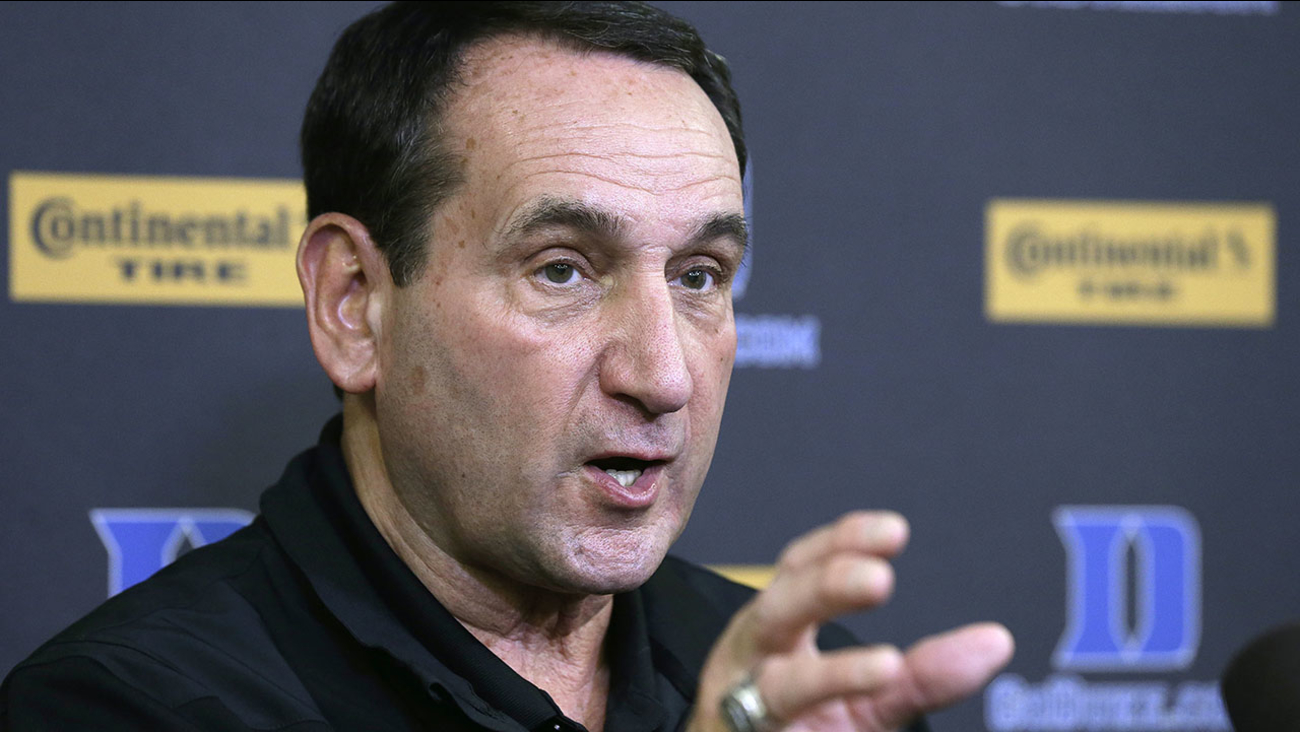 DURHAM, North Carolina (WTVD) -- Mike Krzyzewski had some things to get off his chest at Duke media day Tuesday. After an opening statement on the general state of his team, two questions were asked about stuff no one really cares about and then I brought up the real reason we were all there today - the NCAA/FBI bombshell that dropped last week.

K had some thoughts. Eight minutes worth of thoughts in fact, and that was just the first answer, before any followups:

Mike Krzyzewski's first answer about the state of college basketball was eight minutes long. Had to shrink it to 8 pt to fit on my screen. pic.twitter.com/ffxGYDOWcc

Krzyzewski feels the whole business of basketball has been professionalized, save for the "middle" (his term for college basketball as it's between AAU/HS and the pros). Kids are legally lavished with gifts and opportunity pre-college and afterward should they go pro, but it's only during their NCAA years when they're supposed to cast off the entire system in which they've been brought up.

Mike Krzyzewski talks about the changing landscape of college basketball.

Krzyzewski sounded like he's in the camp that supports players and their families being compensated in some way beyond what is currently allowed in the NCAA framework. He's definitely in favor of allowing those with the ability to jump from high school to the pros to go ahead and make the jump.

Mike Krzyzewski on high school players jumping to the pros.

While Krzyzewski is certainly in a position of influence and has strong ideas about the way forward, he made it clear that he didn't have all the solutions himself.

Rather, that process will require the cooperation of the NCAA (if it wants to survive), the NBA and shoe companies to name just a few. He said he believes there are good ideas out there, they just need to be brought under one umbrella.

At his core though, Krzyzewski believes in the merits and value of college basketball. He said he doesn't believe that recruiting corruption and shoe company bribery is "rampant." It's a great game, K stressed, but one that needs to be brought into the modern age. The end goal - making a best path for talented players to fulfill their professional dreams.

Krzyzewski ended up answering only three questions in nearly 20 minutes, such was the depth of his answers. At the end, he offered a 70-second summary: