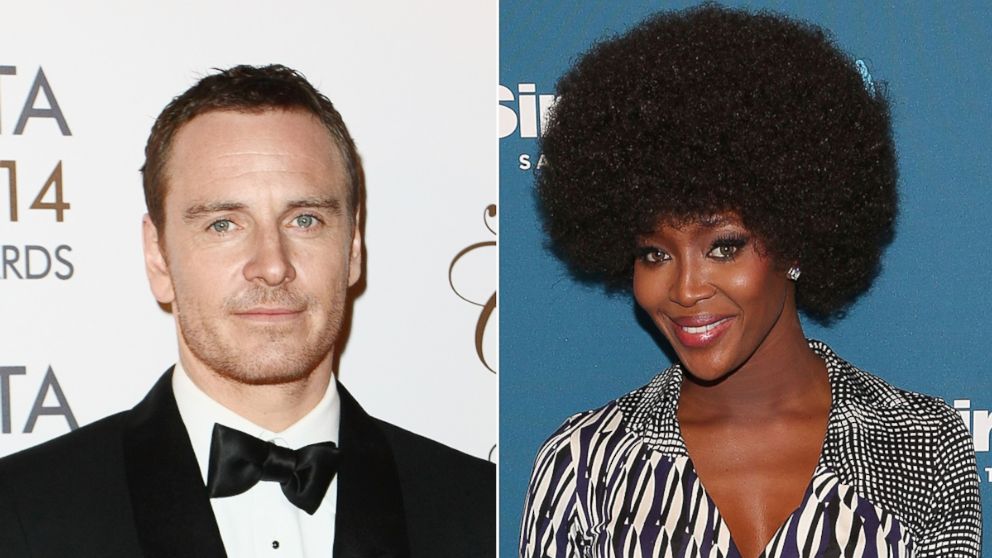 Now that George Clooney appears to have met his match with the smart, sultry lawyer Amal Alamuddin, Michael Fassbender could soon be taking Clooney's place as Hollywood's best-known bachelor.

The Irish-German hunk has been linked to some of Hollywood's most beautiful women. His latest is rumored to be 43-year-old supermodel Naomi Campbell.

According to the UK's Daily Mail, as first reported by The Sun, the pair were seen getting cozy at a London restaurant last week.

Even if the reports are true, it's still a long way from cozy to serious item for Fassbender, 37, who is currently one of Hollywood's most in-demand actors coming off his Oscar-nominated role in "12 Years a Slave." After toiling for over a decade to reach this point in his career, he has a tendency to put work before relationships.

"I'm kind of selfish with the hours that I put into the work," he told GQ for last November's cover story.

"I think the longest relationship that I've been in was two years," he added. "I started doing this (acting) when I was 17, so I guess in my dating, adult life, that kind of covers it."

Now a huge star, Fassbender has admitted that his jet-set lifestyle isn't exactly conducive to a stable relationship.

'You're in a position where people treat you differently. There's more of a buffet of choice. It's not fair on somebody to be waiting for you," he told the UK's Metro newspaper in 2012.

Fassbender has a thing for his co-stars. Following his breakup with Kravitz, he began seeing his "Shame" co-star Nicole Beharie in 2012. But, unlike with Kravitz, the actor told GQ he didn't pursue the now 29-year-old actress while they were working together. "Nothing happened while we were filming. We started talking more on the promotion thing," Fassbender told the June 2012 issue of GQ. "So, yeah, it just sort of unfolded like that."

The couple split in January 2013, after just seven months. Perhaps distance was to blame. Fassbender told GQ that they were "trying to see each other as often as possible," but admitted it was "kind of difficult" because Beharie was based in New York and he, in London "and I live in England."

In May 2013, Fassbender was spotted having dinner with British Olympic heptathlete Louise Hazel, 28, and his pal Bradley Cooper in a London restaurant. According to Us Weekly, the actor would head back to London from Montreal, where he was filming "X-Men: Days of Future Past," just to see Hazel, who placed 27th during the London Olympics.

Prior to reports of Fassbender's dining out with Campbell, the actor was linked with another model. Earlier this year, in January, Fassbender was spotted holding hands with Romanian model Madalina Ghenea while walking around in Milan, Italy. Ghenea, 25, is no stranger to dating famous guys. She previously dated Gerard Butler and was briefly linked to Leonardo DiCaprio.