Despite 'Me Too' wave, justice for sexual harassment victims remains rare 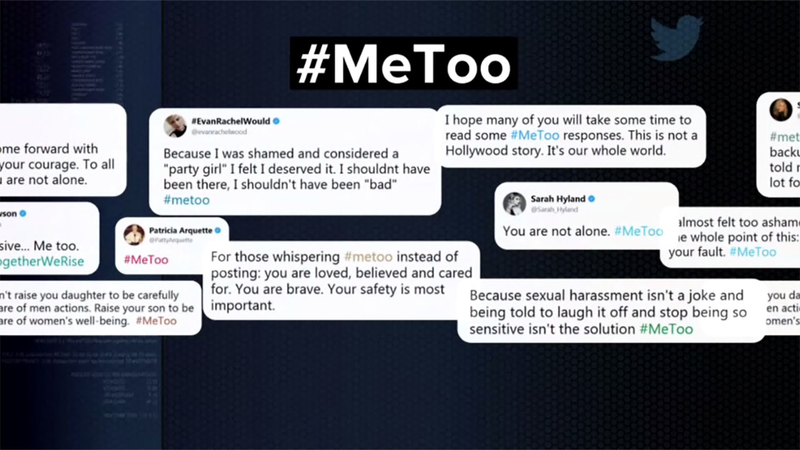 U.S. Sen. Al Franken's and U.S. Rep. Trent Franks' resignations are the latest moves stemming from the "Me too" movement.

Time Magazine recently announced the movement as its "Person of the Year" and featured women behind it on the cover.

We've seen waves of accusations against high-profile people. We've seen it tank their reputations and in some cases their careers. While the accusers in these cases seem to be getting vindication, this is not the norm.

"It doesn't usually work that way for people who are not famous," said Laura Noble, an employment attorney with The Noble Law Firm out of Chapel Hill.

Noble said sexual harassment is covered by sex discrimination under Title VII of the Civil Rights Act of 1964.

"I think there is a misunderstanding of what the actual law is as it applies to most women in the private sector because the way its playing out for famous people right now is that all you need is an accusation," Noble said, "but in reality, Title VII requires a much higher standard for there to be any recourse for someone who has suffered sexual harassment in the workplace."

She said it wasn't until 1970 that the U.S. Supreme Court ruled sexual harassment as sex discrimination. She said the judges interpret Title VII in that it has to be an action that is considered severe or pervasive in the work place that a reasonable person would find objectionable and that the victim found unwelcome.

She said proving that can be hard because right now the law is at the mercy of judge interpretation and not a jury.

"There have been some cases where judges have found that women who were subjected to groping on the bottom or lewd gestures or pornography on the computer or attempts at kissing, that that wasn't sufficiently severe or pervasive to be sexual harassment," Noble said.

Noble has been a lawyer for years but has specialized in harassment cases for at least nine years. She said the reality is sexual harassment claims are underreported, and most women do not come forward.

"I think women experience a lot of shame and fear and guilt around this issue and it can take a significant amount of time to process," Noble said.

And if that takes too long, there is a statute of limitations on when you can report to the Equal Employment Opportunity Commission. Noble said you have six months to report a claim from the date that it happened.

Then there is the fear of retaliation that keeps people quiet.

"Women still get fired regularly for coming out and making the accusations," Noble said. "The very few who find the courage to come forward and bring these claims, often find themselves without a job or having their reputation maligned or having their career shortened and then have to go retain an attorney and then have to go through the whole process, there's no recourse, no justice achieved by them."

The Washington Times reported this week that a group of bipartisan lawmakers are pushing new legislation to end forced arbitration of sexual harassment claims in the workplace.

Noble said oftentimes companies require employees to sign an agreement to mandatory arbitration of claims you might bring to the company.

"That means it's not decided by a jury, it's not public record, it remains very confidential and it has been a way that some serial harassers have been able to stay employed," Noble said.

If you are being sexually harassed, Noble's advice is to pull out your employee handbook and know the process for reporting, because if you don't follow that correctly, it could affect the outcome.

She also recommended taking handwritten notes, with dates, about the harassment.

Noble said North Carolina does not have an equivalent state law surrounding sexual harassment to the federal law, so you have to follow the federal guidelines correctly or risk losing your claim.