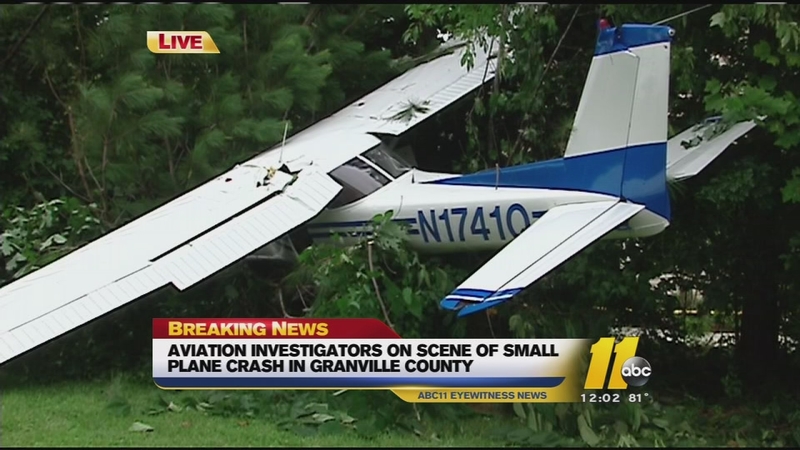 GRANVILLE COUNTY, N.C. (WTVD) -- A pilot of a small plane is in the hospital after crashing in the front yard of a home in a Granville County neighborhood.

According to FlightAware, the pilot left Bowman Field in Louisville, Kentucky at 6:13 p.m. Thursday and was headed to Elizabeth City Regional Airport in Elizabeth City, North Carolina, but never made it.

Officials at Raleigh-Durham International Airport were notified around 11:05 p.m. about a plane having trouble, but lost connection with the aircraft.

Authorities in Granville and Wake counties began searching for the plane, and said they had a hard time finding it because the crash made hardly any noise. 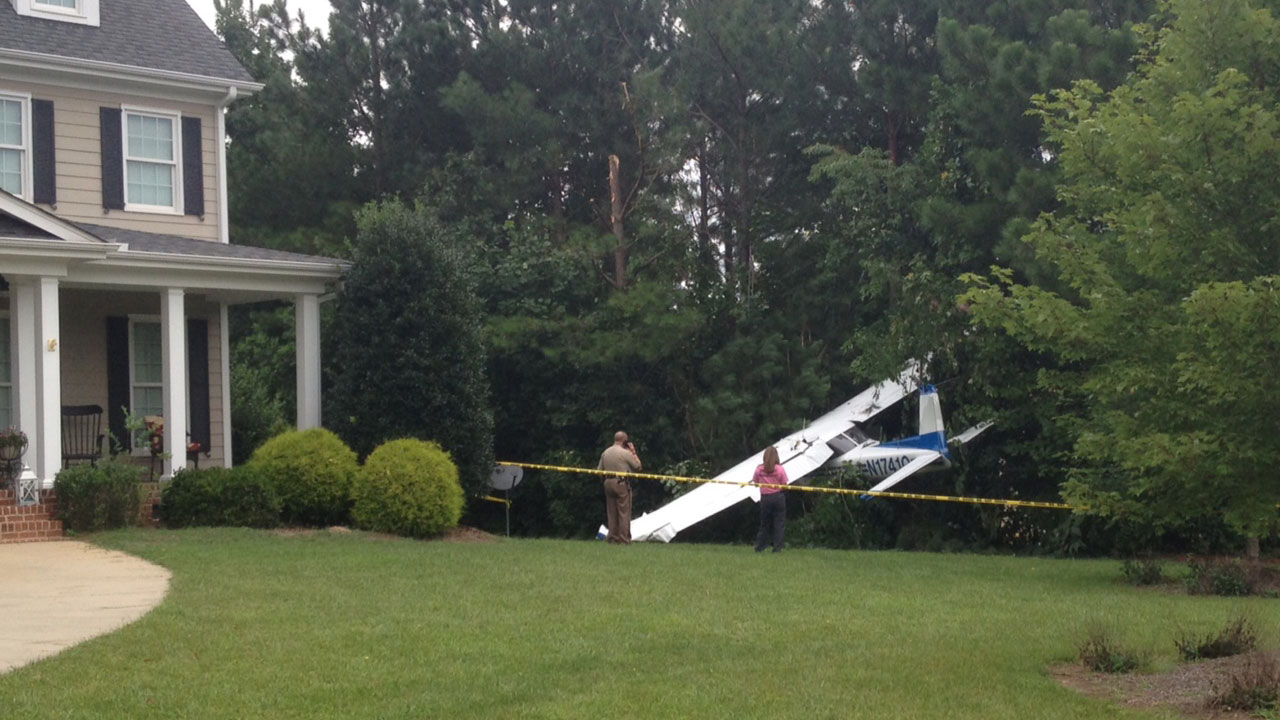 The plane, a Cessna 150, had apparently clipped the top of a tree and landed in the brush of a family's front yard on Krogen Court near Bruce Garner and Lawrence roads in Creedmoor - close to the Granville/Wake County line.

The family, who moved into the home three weeks ago from Harrisburg, Pennsylvania, was sleeping at the time and said they did not hear the crash.

"I don't think the reality of it set in until we were leaving the scene and driving to the hotel. It could have been catastrophic," said homeowner Ashley Bartlett.

Neighbors said they did hear a noise, but could not see the wreckage because of trees.

The pilot of the plane was taken to Duke Hospital after suffering cuts to his head and complained of dizziness.

The Cessna 150, which was manufactured in 1971, is registered to Ethan Leggett of Pewee Valley, Kentucky, which is just east of Louisville.

Duke University Hospital told ABC11 that Leggett was the pilot injured in the crash and he was last listed in fair condition.

Further details, including the cause of the accident, have not been released at this time.

The National Transportation Safety Board team out of Greensboro is investigating the crash.