WTVD
By Akilah Davis
FAYETTEVILLE, NC (WTVD) -- Another Cumberland County mother has come forward after seeing an ABC11 report on a teacher allegedly making threats and hurling racial slurs at one student.

This parent, Michelle Hammond, said the same teacher did the same things to her child but claimed that the school district refused to reprimand him.

In this case, there is a video taken by another student in James Cochran's class at Mac Williams Middle school. In the video, Cochran is seen standing over the child and yelling at him. At one point the teacher faces the child, and appears to intimidate and mock him.

"It made me feel like teachers don't care about students and there's no protection at school," said Jamal McNeill, the student in the video.

The incident happened March 2, 2018, in Cochran's agriculture class. Jamal told ABC11 that since the incident, students have been terrified.

"I don't want him as a teacher. I don't feel safe around him," Jamal said.

The student said on the day of the incident, Cochran's wife had stopped by the classroom to drop something off. The children overheard him swear at her.

"Like kids do, we said, 'Oh, you cursed.' Out of everybody in the class he picked me and made me get up out my seat," Jamal said.

His mother reported the incident to the principal who promised to have an administrative hearing the following week. According to her, it never happened.

"What makes me upset is if this incident had of been handled with Jamal properly, this second student would have never been assaulted," Hammond said. 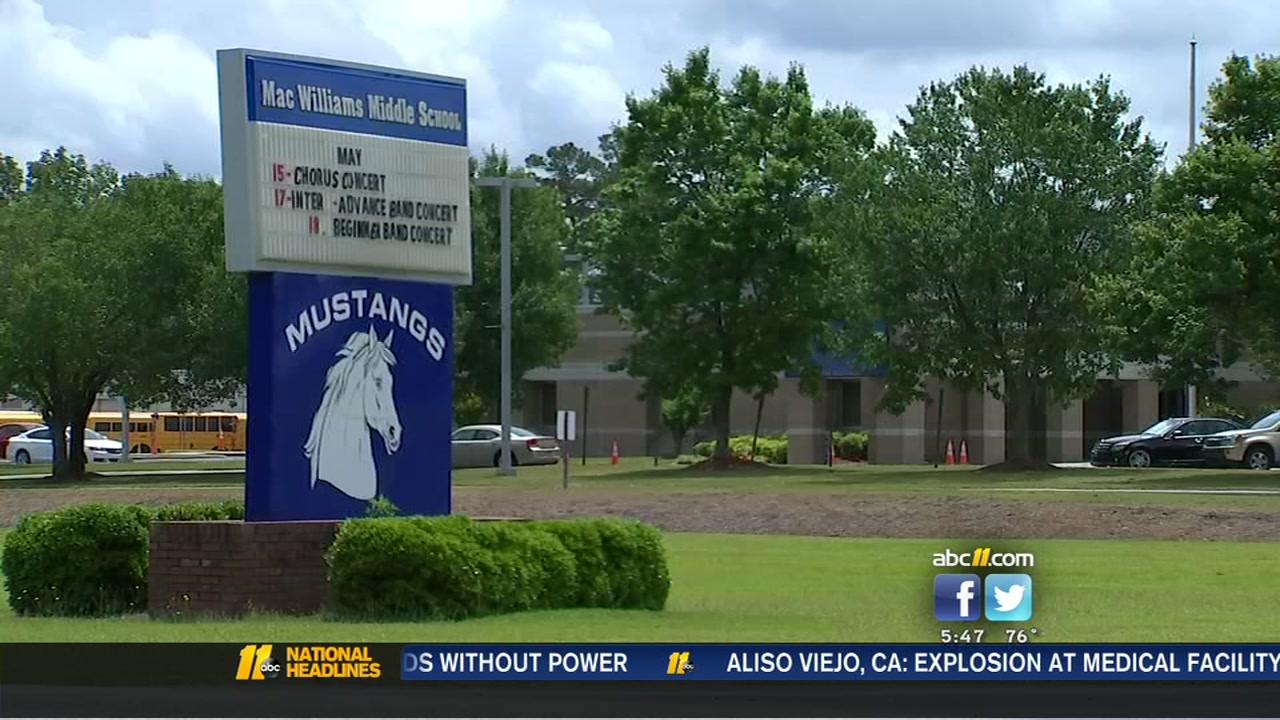 Parent says teacher assaulted her child
"From my understanding, he walked up to my son, grabbed him by the arm and told him he wanted to smash his head into a brick and burn him on fire," the parent said.

Last week, ABC11 reported that a parent of a child from Mac Williams Middle came forward with strong allegations against Cochran.

She said he grabbed her son, spit in his face and called him the n-word.

Jamal said Cochran used the word around him also.

"He said, 'it's people like the n-word that's trying to stop me,'" Jama said.

Cochran has been working with the school district since April of 2007. He is suspended with pay at the moment.

Cumberland County officials said they are aware of the incident and are investigating.

"I don't think no other child should have to endure what my child has had to endure," Hammond said.
Report a correction or typo
Related topics:
fayettevillecumberland countyassaultteacherfayetteville newsstudent safetycumberland county schools
Copyright © 2021 WTVD-TV. All Rights Reserved.
More Videos
From CNN Newsource affiliates
TOP STORIES