3 arrested in connection to fatal shooting near Durham Cook Out

WTVD
DURHAM, N.C. (WTVD) -- Three men were arrested Wednesday in connection with an early Sunday morning shooting near a Durham Cook Out that left a 26-year-old man dead and a woman injured.

Rashawn Harwell, 25, Taylor Jones, 27 and Larry Harwell, 28 were arrested by Durham police with assistance from the FBI Raleigh-Durham Safe Streets Task Force and the Wake County Sheriff's Office. All three were charged with murder and assault with a deadly weapon with intent to kill.

The shooting happened early Sunday morning along the 3600 block of Hillsborough Road just after 2 a.m. 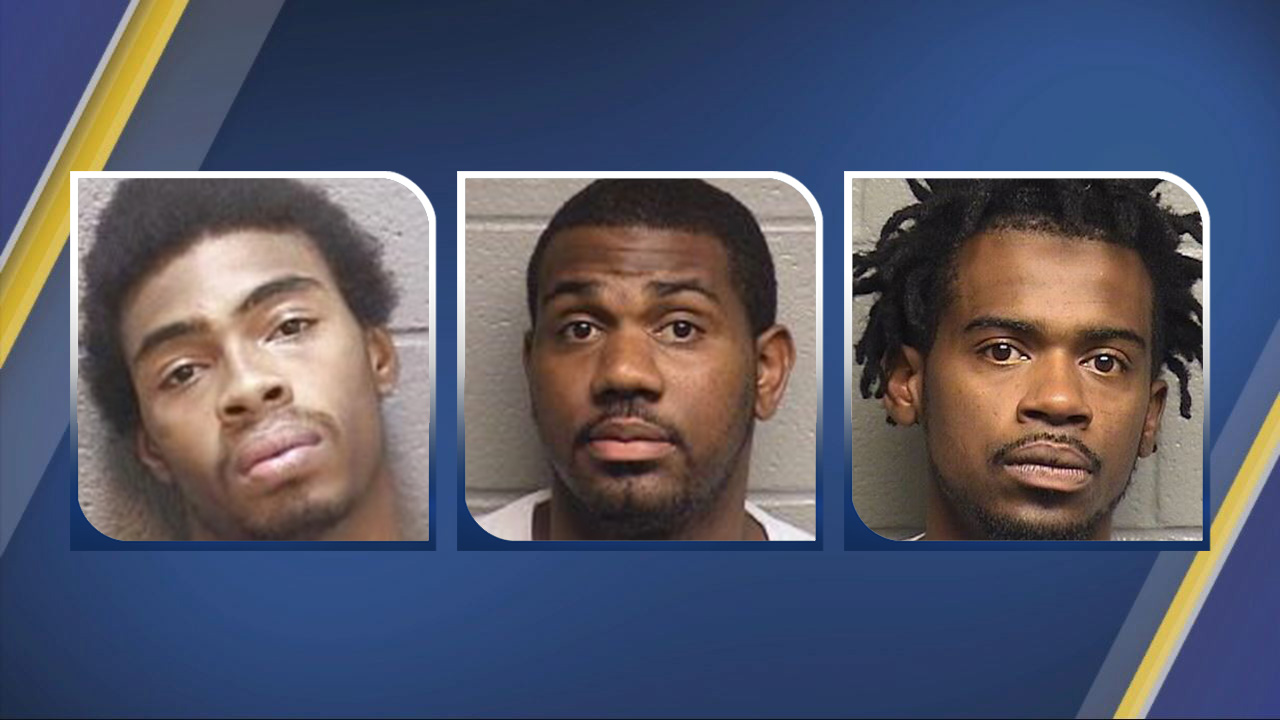 A woman was driven to the hospital for treatment of gunshot injuries. Police said her injuries did not appear to be life-threatening.

Durham police are investigating a shooting that left a man dead and a woman injured near a Durham Cook Out overnight Sunday.

The three men are currently being held at the Durham County Jail without bond.

Anyone with information is asked to call Investigator Brinkley at (919) 560-4440, ext. 29322 or CrimeStoppers at (919) 683-1200. CrimeStoppers pays cash rewards for information leading to arrests in felony cases and callers never have to identify themselves.
Report a correction or typo
Related topics:
durhamdurham countyarrestfatal shootinghomicide investigationgun violenceshootingman killedcookout
Copyright © 2020 WTVD-TV. All Rights Reserved.
FATAL SHOOTING

In Breonna Taylor's name: Devastation and a search for hope