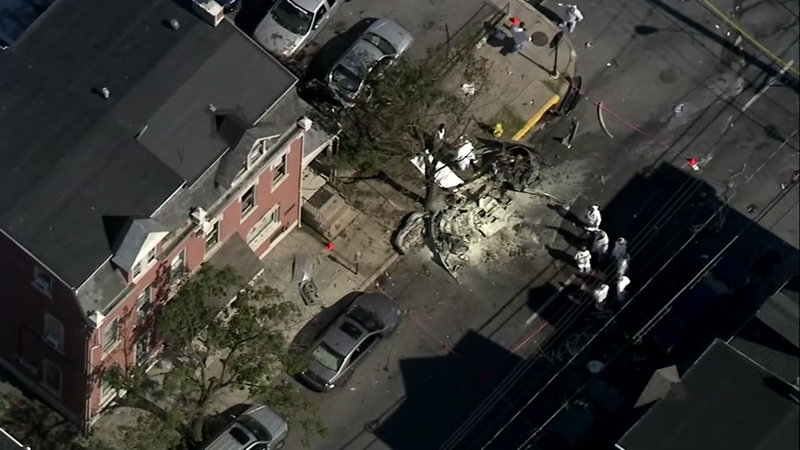 ALLENTOWN, Pa. -- Police have confirmed that a car explosion in Allentown has killed three men.

The Action Cam was on the scene at 7th and Turner streets.

The call came into police at around 9:30 p.m. Saturday that there was an explosion in the area of Hall and Turner streets.

ATF agents along with local and state police remain on the scene.

FBI Asst Special Agent in Charge Steve McQueen said they will be on the scene as long as it takes.

So far, there's no word on whether the people confirmed dead were in the car or were passing by.

Authorities have cordoned off a large area and set up mobile command units as they continue to investigate.

Police said they believe this was an isolated incident and that there is no further threat to the public.

Sources tell Action News that the area may remain this way until Tuesday as ATF agents scour every inch of the blast area.

The Red Cross has opened a temporary shelter at Cleveland Elementary school for anyone displaced.