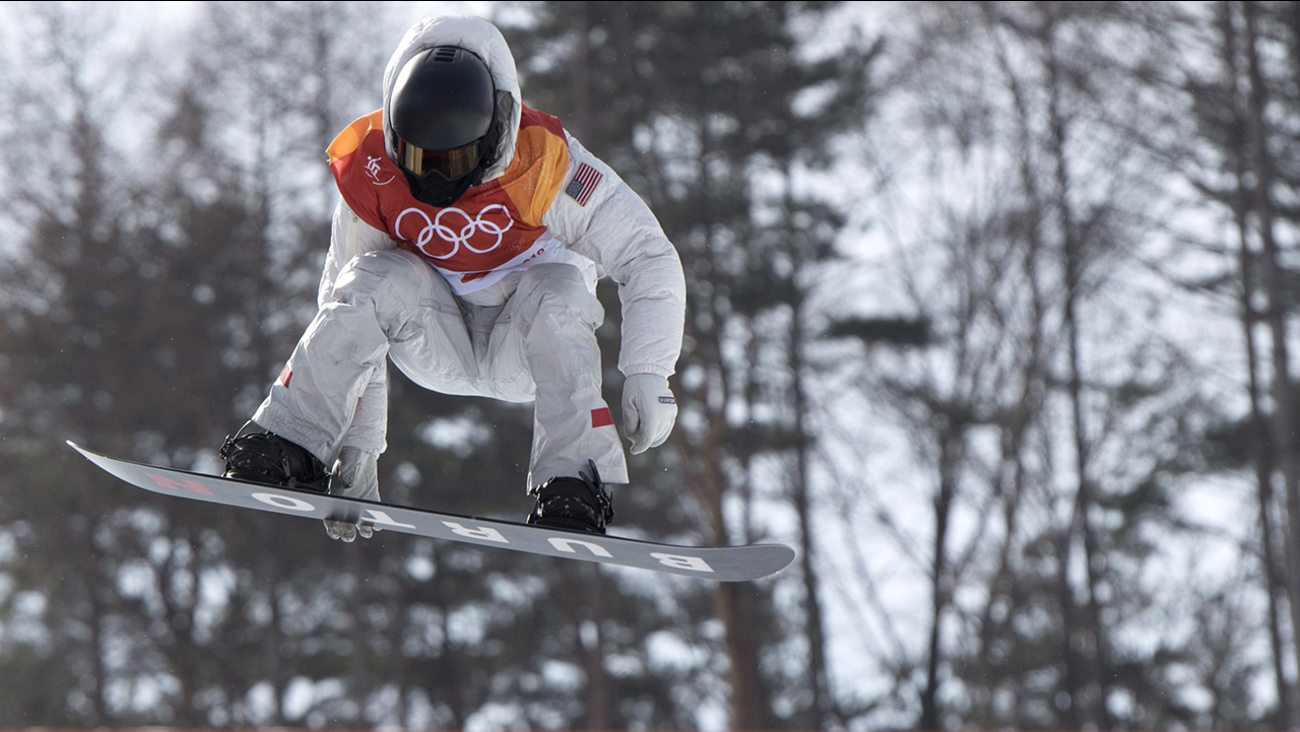 Shaun White, of the United States, rides during the men's snowboard halfpipe at the Phoenix Snow Park at the Pyeongchang 2018 Winter Olympic Games in South Korea, Tuesday. (Jonathan Hayward - The Canadian Press)

PYEONGCHANG, South Korea -- Shaun White put together an epic final run to claim his third gold medal in Olympic men's halfpipe, slicing through the gray South Korean sky on Wednesday to post a score of 97.75 for the 100th overall gold by the United States in the Winter Games.

The 31-year-old White trailed Japan's Ayumu Hirano going into the last of the three runs in the 12-man final, but put together a daring set that included consecutive 1440-degree spins. The Flying Tomato threw his board in the air when his winning score flashed, setting off a delirious celebration.

Hirano, who vaulted into the lead during his second run with a score of 95.25, took silver. Australia's Scotty James earned bronze.