What's next for lawyer allegedly caught on camera stealing wallet?

WTVD
By Ed Crump
RALEIGH, NC (WTVD) -- The man whose wallet stuffed with $1,600 was stolen at the Wake County Courthouse was apparently going to use the money for a court-ordered debt payment.

That's according to Wake County Sheriff Donnie Harrison who told ABC11, "It appears that he was coming to pay a debt that the court had put upon him."

Courthouse surveillance video obtained by ABC11 shows the victim checking through security and collecting his belongings.

As he walks away he tries to put his wallet in his back pocket but it falls to the floor.

A man coming through the checkpoint behind the victim can be seen on the video bending down and picking up the wallet.

Surveillance video shows lawyer pick up wallet at the courthouse.

Another camera shows him looking in the wallet and then putting it in his pocket before getting on an elevator.

Harrison said it's one of the best-documented crimes he's ever seen.

"It's a good case. I mean there it is in black and white. I mean that's why these cameras are so important," he said.

The sheriff has identified the man who picked up the wallet as 29-year old Raleigh attorney Steven MacGilvray.

On Wednesday, MacGilvray sent his attorney to court without him.

But that attorney told reporters afterward that there's a lot that the public doesn't know about his client, including that he's a good guy.

"A lot of my practice is all about bad things that happen to good people. And trying to help those good people who have maybe done bad things," said Bill Young.

The sheriff says if the victim is in trouble with the court system for not paying money due, his investigators will vouch for the victim.

But MacGilvray's attorney said the victim will be reimbursed quickly.

"The victim in this case will have recovered all of the funds he lost yesterday today," Young said.

His client is due back in court March 7.

Young said it's too soon to say how the charges will affect his client's law license.
Report a correction or typo
Related topics:
raleighwake countycrimetheft
Copyright © 2020 WTVD-TV. All Rights Reserved.
RELATED 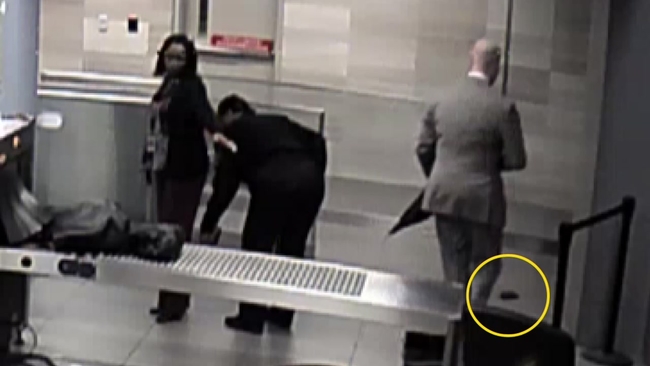