The Tiffany Haddish-Maya Rudolph Oscars moment that everybody's talking about

WTVD
By Danny Clemens
LOS ANGELES -- At the conclusion of an awards season that took on a more serious tone amid calls for equality and diversity championed by the Time's Up movement and others, two of comedy's sweethearts turned it all on its head.

After Maya Rudolph and Tiffany Haddish walked out onto the Oscars stage, high-heels in hand ("We are so happy to be here, but our feet hurt," Haddish quipped), they poked lighthearted fun at #OscarsSoWhite, 2015's social media campaign calling for more diversity in the film industry after years of overwhelmingly white nominees and winners.

"When we came out together, we knew some of you were thinking, 'Are the Oscars too black now?'" Haddish asked to laughs.

"We just want to say don't worry, there are so many more white people to come," Rudolph answered.

The two continued to poke fun at the complicated state of race relations in the United States before presenting two awards.

Singer Katy Perry was tweeted the hashtag #RudolphHaddish2020 in an apparent call for a joint ticket in the next presidential election, while others called for the dynamic duo to host the Oscars next year or star in their own film.

You: Why aren’t Tiffany Haddish and Maya Rudolph hosting the Oscars

Me, an intellectual: Why aren’t Tiffany Haddish and Maya Rudolph running the country 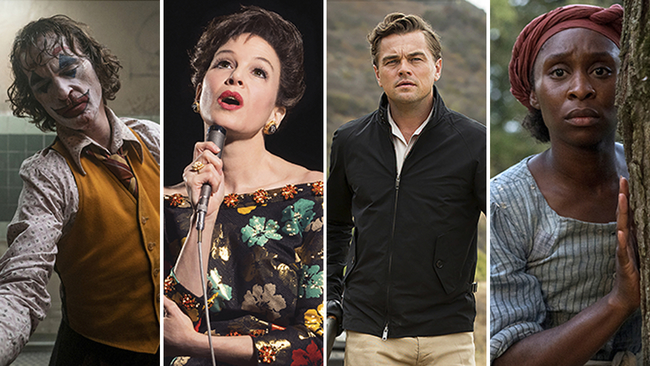