WTVD
By Joel Brown
SMITHFIELD, NC (WTVD) -- Perhaps the inmates out on the yard of Johnston County Correctional Institution Friday night could hear the small crowd singing spirituals on the other side of the razor-wire fence. But Dontae Sharpe's mother, Sarah, said her son knows in his heart.

Blakely was wearing her "Free Dontae Sharpe" sweatshirt as she stood with about two dozen others holding a vigil outside the prison in Smithfield - calling for the state to overhaul what they believe is a biased and unjust criminal justice system.

For Blakely, this marks the 24th holy weekend she's celebrated without her son while fighting for his release. 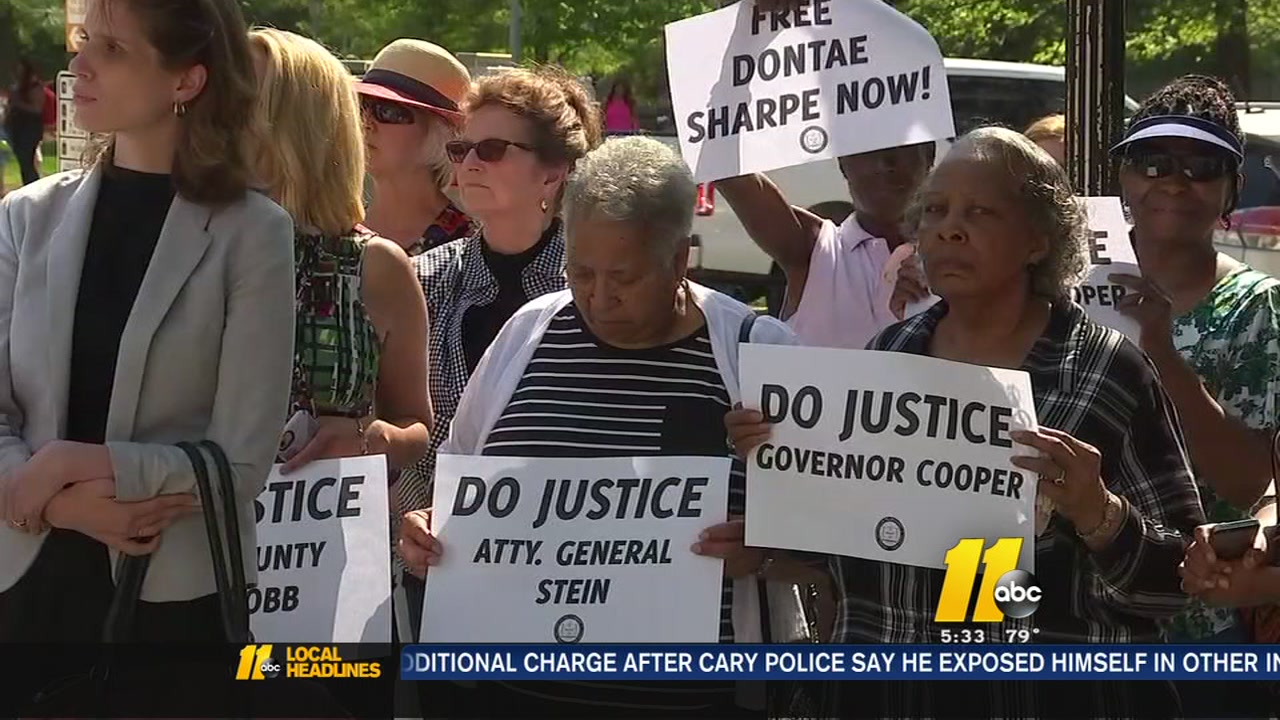 New push to free Dontae Sharpe
Dontae Sharpe's family and supporters, including his attorney, say they've nearly run out of options in state courts and are hoping the 100,000+ petitions they dropped off with Gov. Roy Cooper and AG Josh Stein will make a difference.

"(I'm) tired. I enjoy doing what I do," Blakely said. "And I'm hoping that it can make a change from this injustice. Not just for Dontae but for everybody."

Since his arrest in 1994 in connection with the murder of George Radcliff in Greenville, Sharpe has insisted he didn't do it. 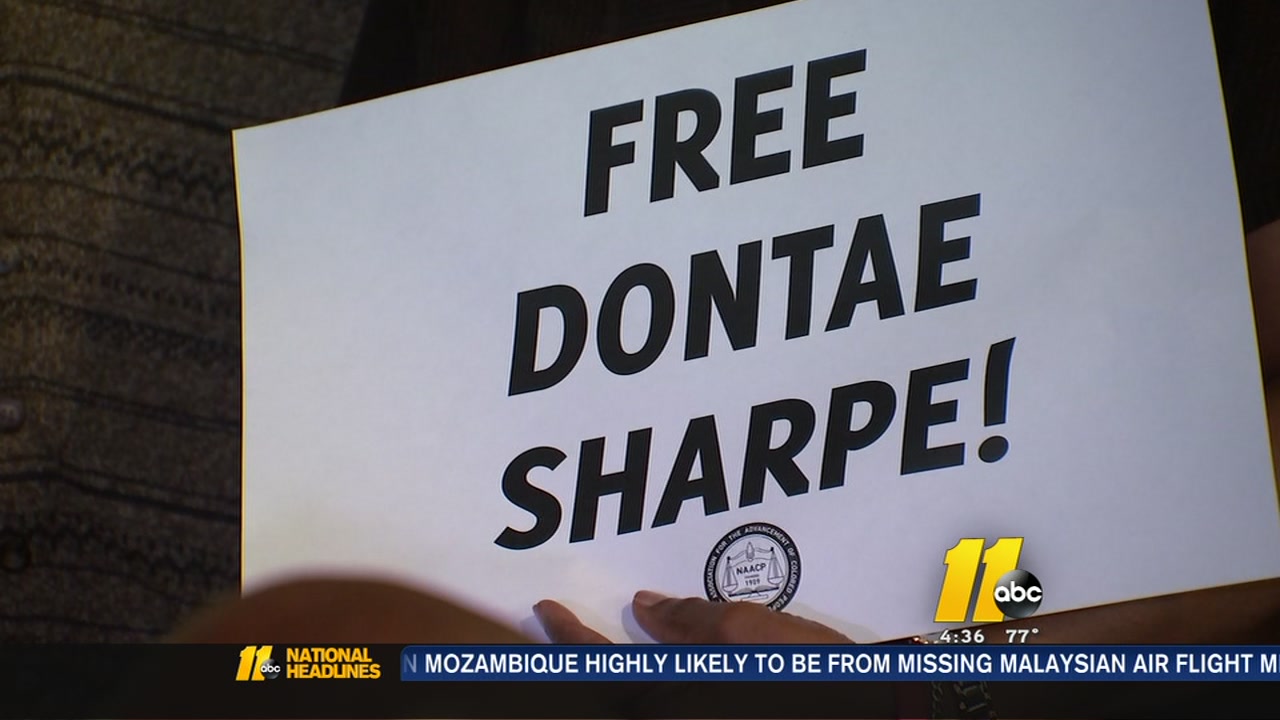 There's no physical evidence linking him to the crime; the state's only eyewitness recanted her testimony; and a former Greenville homicide detective who testified against Sharpe at trial, now says he believes Sharpe was wrongly convicted because of dubious testimony.

"(Police and prosecutors) framed him from the first day on," said NC NAACP Legal Counsel Alan McSurely. "Both (Attorney General) Josh Stein and Governor Cooper know it. And they're trying to figure out a way that they can get him out of jail right now without it looking bad for the state."

Sarah Blakely's son, Dontae Sharpe, has spent the past 24 yrs in prison for a murder he's always insisisted he did not commit. Tonight, Blakely joined @ncnaacp for a criminal justice reform candlelight vigil.
We'll look at Sharpe's case at 11. #abc11 pic.twitter.com/AKjsaUfkW8 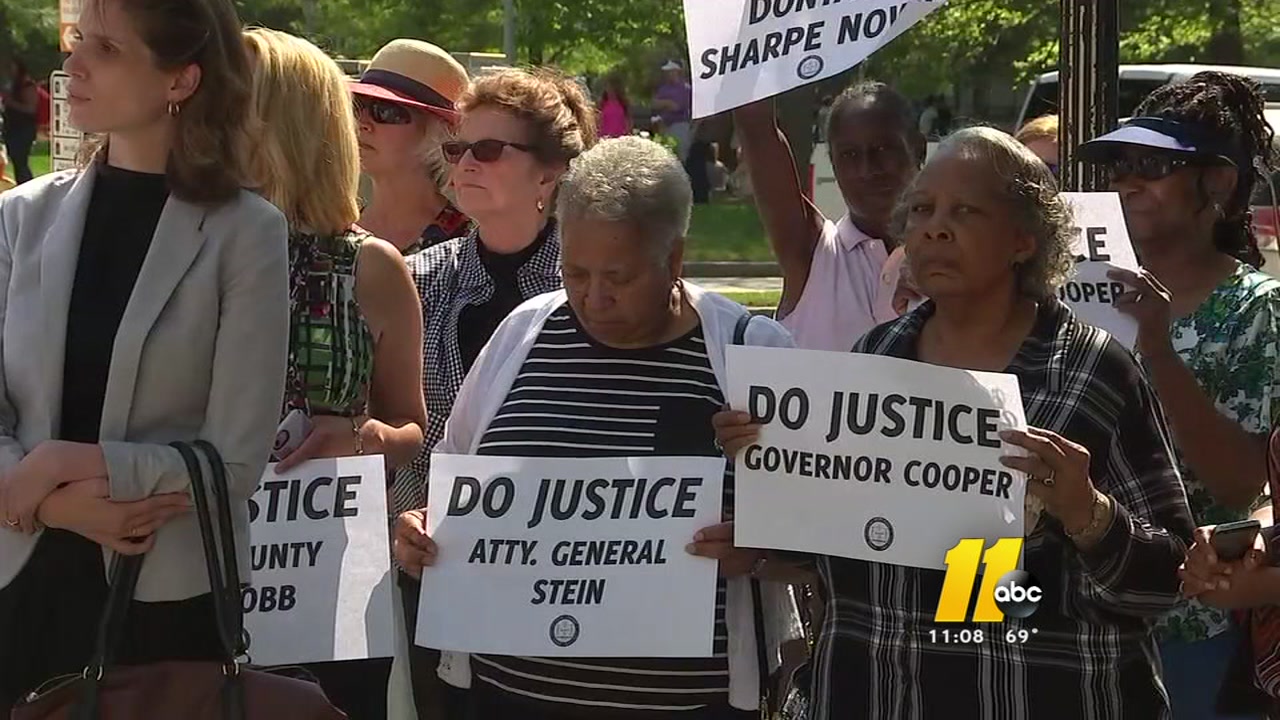 Sharpe lost a chance at a lesser sentence when he refused to plead guilty.

"I'm satisfied that my son is standing for his morals," Blakely said.