WTVD
FAYETTEVILLE (WTVD) -- The ex-wife of a North Carolina state senator has weighed in on recent controversy surrounding the couple's alleged misuse of welfare in the late-90s.

Through a statement, Elizabeth Longbottom Meredith confirmed she and Senator Wesley Meredith (R-Cumberland) applied for welfare together. The assistance was received and used when the couple earned an annual income in the six-figure range.

Earlier this week, the senator's 19th district opponent, Fayetteville attorney Billy Richardson, released financial and public assistance documents to the media showing the couple was on Medicaid and WIC.

While both Republicans and Democrats have called on Meredith to address the allegations, the senator has remained mum on the issue outside of calling Richardson's document release a "below the belt" personal attack.

On Thursday morning, Ms. Meredith's attorney forwarded a statement on the issue to ABC 11.

"In the late 1990s, I was a homemaker and stay at [home] mother," she said in the statement. "I had no outside source of income. I was totally dependent on Wesley's income. He did not keep me informed about the financial decisions he made for our family."

"I was not aware of what happened until my domestic attorney brought it to my attention," Ms. Meredith's statement continued. "I have cooperated and will continue to cooperate with any investigation."

"I am and have been a single parent for 18 years. I want to raise my children and do not want to be the focus of any campaign."

Earlier in the week, the Department of Social Services confirmed the state would investigate any report of fraud. Ms. Meredith's attorney confirms she has already been contacted about an investigation.

Richardson's campaign also provided the documents to the department and the Cumberland County District Attorney's Office.

The D.A.'s office is not an investigating agency, and it's unlikely criminal charges would stem from this case.

A day after Richardson released the documents, North Carolina Republicans and Democrats responded.

Both groups requested Meredith to come forward and address the allegations.

"Should the allegations prove true, we will call on Senator Meredith to accept responsibility, repay the funds and apologize to the taxpayers of this county and state," said Linda Devore, Chair of the Cumberland County Republican Party. "However, if Senator Meredith is falsely accused for political purposes, we challenge voters to hold his opponent Mr. Richardson, responsible."

"The public deserves to learn the truth from men asking for our trust. Character and integrity matter, and our families deserve to know that those elected to represent them share their values," said Devore, expressing disappointment in the allegations.

"Senator Meredith has yet to disavow the allegations. Instead, he claims memory lapse in this matter. He then attempts to pivot away from the substance of the allegations by condemning them as a 'below the belt personal attack' and 'something I will not engage in....' Sadly, Senator Meredith fails to acknowledge his last two campaigns, which were hallmarked by innuendo and thinly veiled character assassination of then Senator Margaret Dickson portraying her as a prostitute and a thief as well as the nonstop derogatory assault on Democratic candidate George Tatum."

"North Carolina taxpayers deserve to know whether Sen. Meredith cheated them by abusing government assistance despite his comfortable income," said Gerrick Brenner, Executive Director of Progress North Carolina Action. "The Cumberland County Republican Party has it right when they said, 'The public deserves the truth from the men asking or our trust.' As someone who claims to support family values, Sen. Meredith should explain these allegations instead of attempting to deflect criticism onto his opponent."

A request sent to Meredith by ABC 11 Thursday has not been acknowledged. 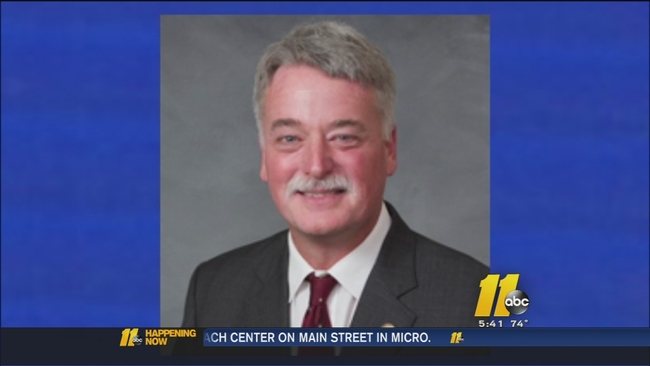