What will become of Cary Towne Center without IKEA? 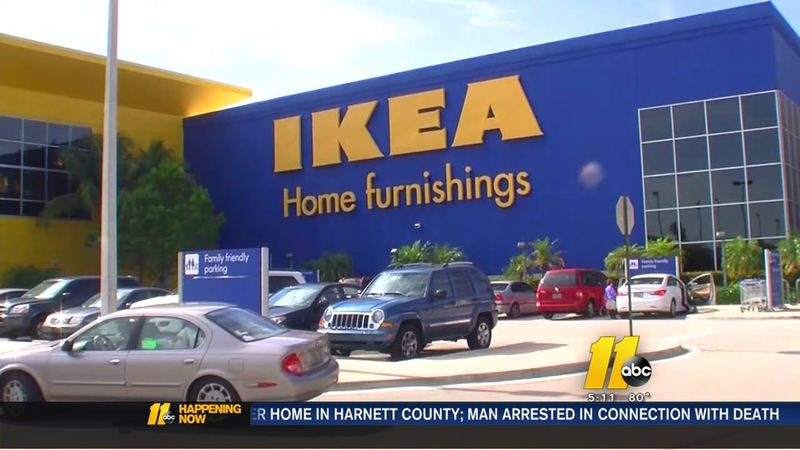 Many residents disappointed on IKEA's decision to back out of deal

CARY, NC (WTVD) -- A week after IKEA announced it would not be coming to Cary after all, business owners and shoppers at the Cary Towne Center Mall wonder what will become of it.

"I thought it would bring it back to life," shopper Karen Becker told ABC11.

She added that she thought, "It would bring business in because the foot traffic alone will supply other businesses in that same area with traffic." 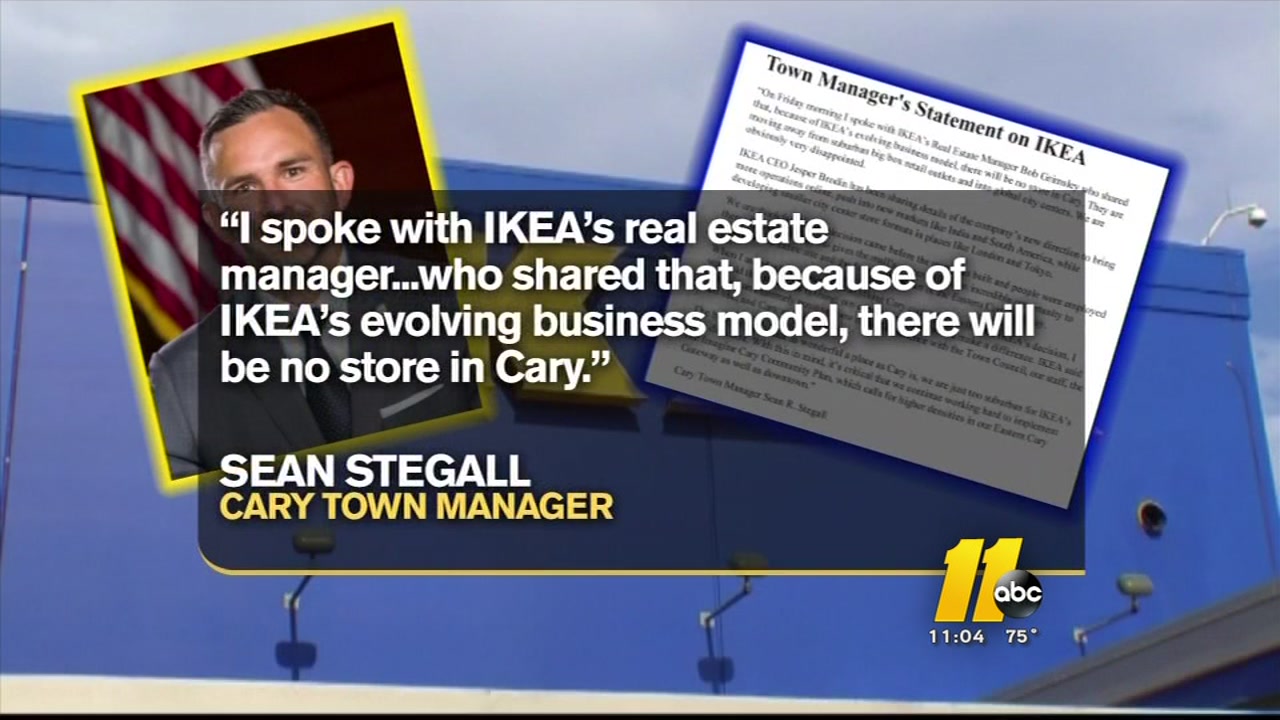 IKEA won't be coming to Cary after all
Cary town officials say the town is "just too suburban" for IKEA's changing retail strategy. IKEA told ABC11 that not putting a store in Cary "is an extremely difficult decision."

Becker, a New York native, remembers the first time she came to the mall after she moved to Cary several years ago.

"There wasn't a whole lot of activity. And I was thinking to myself, 'How do they stay in business?'"

She knows that the announcement that left her disappointed may have left business owners and employees at the mall with much worse feelings.

"If there are no customers your employer is not going to be able to pay you the money that you need for your family. You have to be real about your expectations and if there's nobody coming to the mall you're not going to be going to work in the mall," she said.

The owner of Artisan Jewelers was robbed three weeks ago.

He told ABC11 then that the theft was a blow to his business at a time when he was trying to stay afloat until IKEA came to the rescue.

Today he said he was so confused about IKEA's about-face he couldn't even talk about his plans for the future.

The owner of another mom-and-pop store in the mall said she too had hoped IKEA would boost traffic at the mall.

But one man who leases space at Cary Towne Center said he had always had mixed emotions about IKEA coming.

"It's one of those Catch-22's," said Gene Sing, who operates the Piedmont Railroad Museum at the mall.

He sells toy trains to support his cause and as a destination business didn't necessarily need IKEA to bring traffic.

He says if IKEA had come it might have provided him with exposure, but it also might have priced him out of the mall.

"Eventually if IKEA did come in here I think that would create a little more demand for the spacing in this so, yes, prices would probably increase," Sing said.

Although there is still a massive development scheduled to be built across Cary Towne Boulevard from the mall in the coming years it's not clear what that will mean for a Cary Towne Center without an IKEA store.
Report a correction or typo
Related topics:
businesscarywake countyikeashoppingwake county news
Copyright © 2021 WTVD-TV. All Rights Reserved.
More Videos
From CNN Newsource affiliates
TOP STORIES