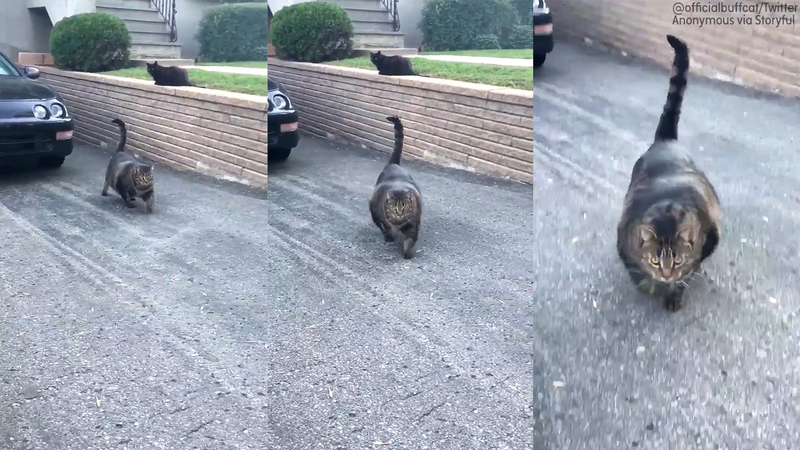 As often happens on the internet, a video about an unusual-looking animal has captured everyone's attention. Meet Buff Cat.

everyday i think about this buff cat i encountered last year pic.twitter.com/BxIYvKz2id

''Buff Cat," an abnormally muscular-looking feline, has become an internet sensation, with the original video of the cat garnering nearly five million views on Twitter in less than a week. The cat's official Twitter handle is maintained by a neighbor.

The account has posted and re-tweeted a variety of memes and jokes about the cat's enormity, even making an allusion to Thanos from Avengers: Infinity War.

you know he had to do it to em https://t.co/asg3mssXZ7

Concept: @officialbuffcat is just an inflated cat balloon like in shrek pic.twitter.com/FwC3IhNc9h