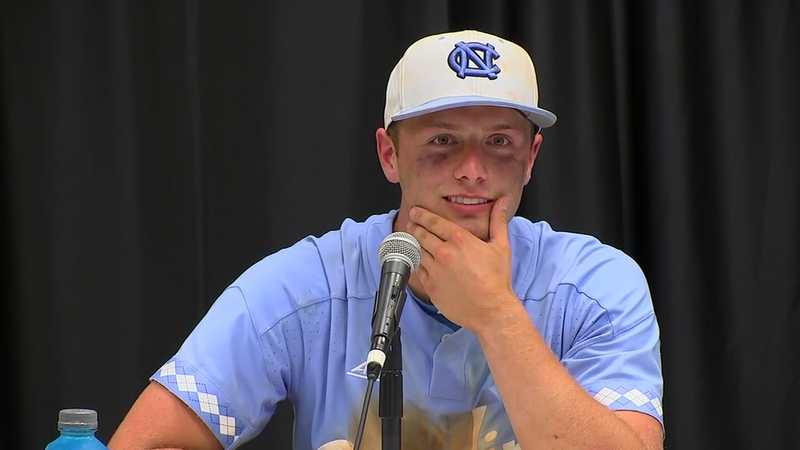 The North Carolina Tar Heels beat Stetson 7-4 Friday afternoon in Game 1 of the best of three series in the NCAA Super Regionals.

The win puts the Tar Heels one win away from going to the College World Series in Omaha.

UNC's Cody Roberts hit a 3-run home run in the fifth to give the Tar Heels a 4-1 lead.

When Stetson pulled to within one run in the seventh, 4-3, Michael Busch answered in the bottom of the seventh with a two run home run to right.

The Tar Heels added one more in the seventh.

"He threw me a changeup. I saw all three of his pitches earlier in the at bat and I missed the fastball with two strikes and then he just kinda hung me a changeup and I just try to put a good swing on it," Busch said after the game.

The win gives North Carolina their 17th straight win at home, the longest win streak in Division I.