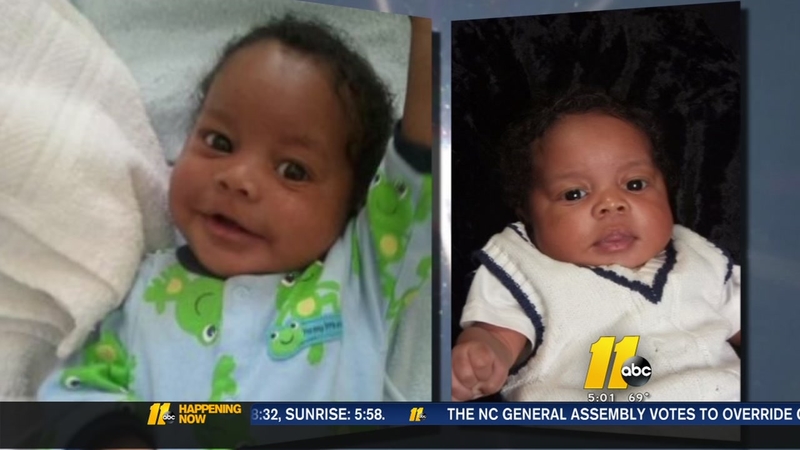 RALEIGH (WTVD) -- After a Raleigh infant died supposedly from being left in a hot in car in his family's driveway, many are asking how such a thing can happen.

As it turns out it not only happens, it happens often and for various reasons.

North Carolina is near the top of the list of where it happens most.

There have been 831 heatstroke deaths of children in cars nationally from 1990 through 2017, according to an organization aimed at preventing the numerous ways children are killed by vehicles.

The causes can range from a parent who normally doesn't transport a child forgetting the child is in the backseat to numerous cases involving miscommunication when one person believes another person will get the child out of the car.

The website also includes real stories of children who have died or nearly died in hot cars and the circumstances behind those stories.

A former Raleigh minister was heartbroken when he read the news of the latest child death from being left in a car in the Capital City.

Dr. Norman Collins said by phone, "It brought back all of the anger and all of the emotions of Bishop passing. And the anger I feel right now is, why is this still happening?"

In the seven years since his grandson died, Collins has taken to the airwaves, the speaking circuit, and even to Congress to try to raise awareness.

His son, a music minister in Mississippi, was unloading musical instruments before church the last Sunday in May 2011.

He thought he asked a parishioner assisting him to take the baby out of the car and to the nursery.

But because of a miscommunication, that never happened.

After church, Bishop was dead in his car seat.

Collins says his son was so distraught, he attempted suicide.

"He was devastated. He and his wife were. And so, you know, it was a challenging time not only for that but also because my son was eventually charged."

Collins said, however, a grand jury refused to indict on the negligent homicide charge.

But the entire family still struggles to this day to deal with their personal loss and the news of each new case.

Collins reiterated the most popular tip.

"There's one grandmother who literally takes her left shoe off and puts it in the backseat so that when she gets to her destination she knows that she has to have that left shoe to walk so she has to look in the backseat to get, oh, there's the baby," Collins told ABC11.
Report a correction or typo
Related topics:
raleighhot carchild left in car
Copyright © 2021 WTVD-TV. All Rights Reserved.
More Videos
From CNN Newsource affiliates
TOP STORIES