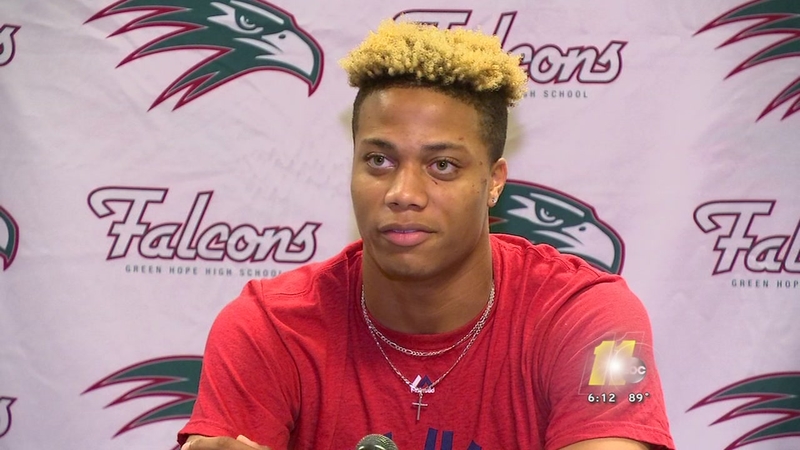 CARY (WTVD) -- Instead of packing for college, like most 18 year olds, Jordyn Adams is packing up to move across the country, to a state he's never even visited.

Adams, an All-American baseball and football player, originally planned on playing both sports for the North Carolina Tar Heels...and then the Los Angeles Angels called.

Earlier this month, Adams was selected as the 17th overall pick in the MLB Draft, by the Angels.

After weighing the pros and cons of playing professional baseball, Adams decided to go that route instead of heading to UNC.

Lucky for Adams, he's been doing his own laundry and cooking since he was a kid so living on his own won't be too difficult.

He'll begin with the Arizona League Angels in Temple, Arizona. He said the biggest adjustment will be acclimating to the weather.
Report a correction or typo
Related topics:
sportsbaseball
Copyright © 2021 WTVD-TV. All Rights Reserved.
More Videos
From CNN Newsource affiliates
TOP STORIES