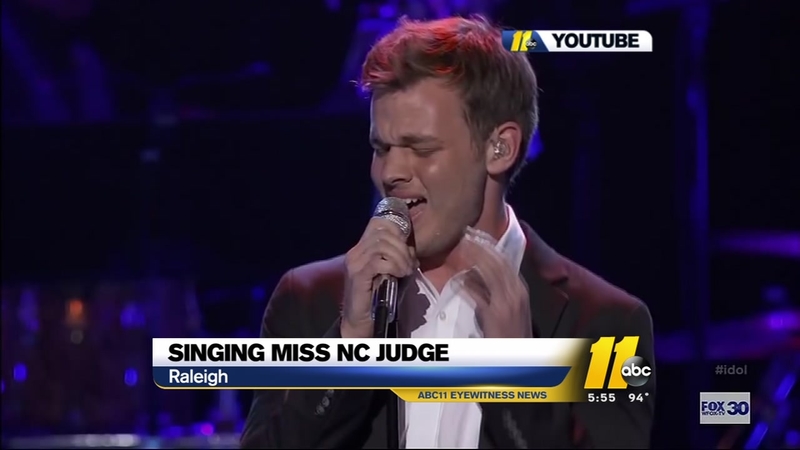 RALEIGH, N.C. (WTVD) -- An American Idol runner-up is sitting on the other side of the stage in Raleigh this week.

Clark Beckham was a finalist in season 14 of American Idol. He has just released a new EP, "Year One", of original music and is now spending time in Raleigh as a judge for the Miss North Carolina Outstanding Teen Pageant.

"I think this is more stressful than what I do," Beckham said. "Competing on American Idol, I think for me, I didn't have maybe as many nerves as they might because I was able to rely on my one talent of singing and I'm confident in that and I was excited to show that."

Beckham said the pageant is a bit different.

"Here, you're judged on absolutely everything!" he said.

Beckham is enjoying doing his part to help discover new talent and he knows how these types of competition can change lives.

After American Idol, Beckham signed on with Quincy Jones and his production company. His first single was produced by John Mayer's production team and he plans to tour this fall to promote his latest singles.

"I'll absolutely have to come to North Carolina," Beckham said. "It's one of my favorites, probably outside of my home state of Tennessee, so October or November at some point I'll be coming back to North Carolina!"