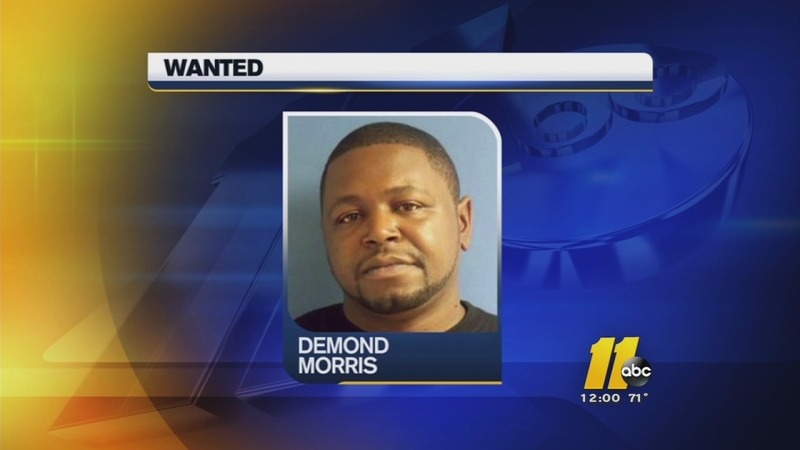 NASHVILLE, N.C. (WTVD) -- The Nash County Sheriff's Office and Nashville police backtracked Wednesday and said a man originally accused in the shooting of two men outside the county courthouse in Nashville Tuesday has been released after questioning. 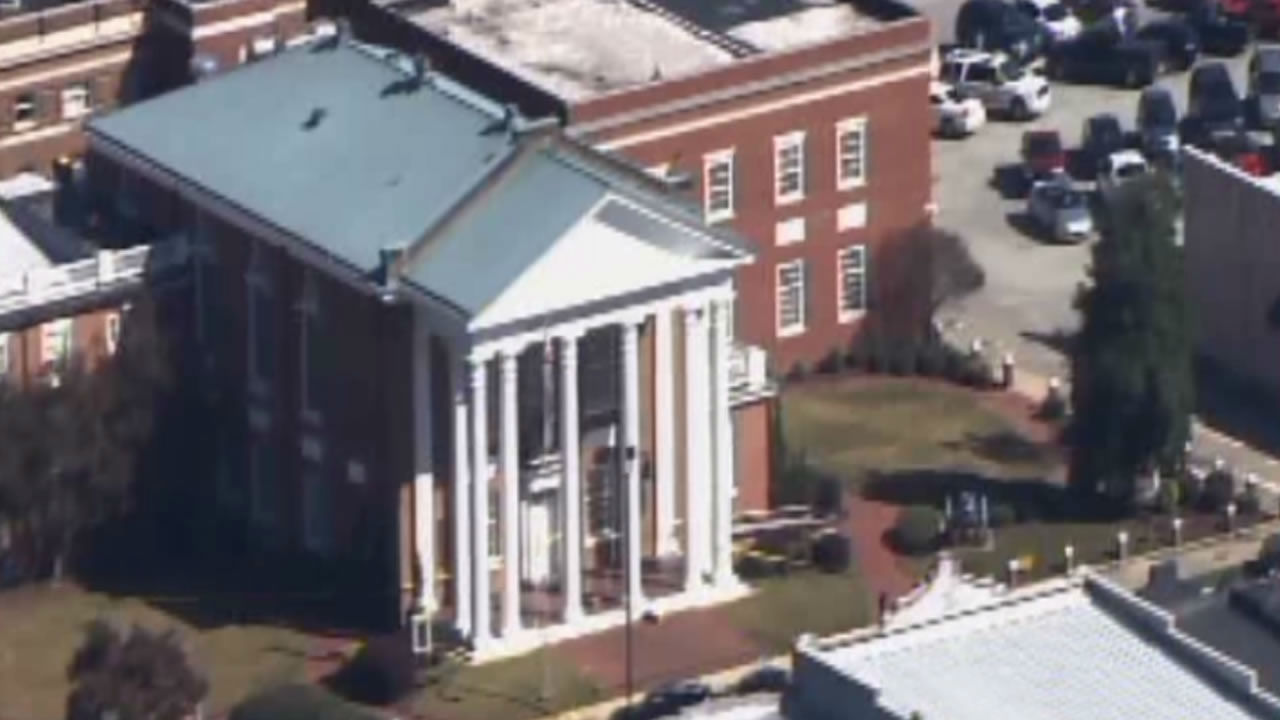 Authorities originally said Ontarious Montre Lewis, 23, was being charged with attempted murder. He now faces no charges. It wasn't immediately clear why he was identified as the suspect and then let go.

A second suspect identified as 36-year-old Demond Levar Morris is still being sought. A $10,000 reward is offered in the case.

Morris has a criminal history consisting of drug charges.

Nash County Sheriff Dick Jenkins said the victims were shot on the porch of the courthouse. After the shooting, one of the victims ran into the lobby of the building where the metal detectors are stationed before EMS arrived. The second victim was found outside the building.

Witnesses recounted a wild scene as people scattered when the bullets began flying. Judy Winstead said she heard the gunshots as she sat at her desk in a real estate office across the street. She said she ran to the front door and locked it as an uninjured woman screamed in the front of the courthouse.

Within minutes "there were deputies all over the place and cop cars zooming in," Winstead said.

A spokesperson with Nash General Hospital said the victims are both men. One was shot in the left shoulder. The second was shot in the hand and twice in the leg. At last report, both were at Vidant Medical Center in critical condition.

Lt. Todd Wells of the Nash County Sheriff's Office said Tuesday they made contact with Lewis' father, after that, Lewis agreed to meet authorities near his home in Rocky Mount, where he gave himself up.

While Lewis' didn't want to talk to ABC11, his grandmother described the frightening scene that played out as law enforcement showed up looking for him.

ABC11 also spoke with Tamiko Jenkins, a close friend of Lewis, who said the two were together all day Tuesday and didn't understand why he was arrested.

"He told them he doesn't know what's going on, but they still locked him up for something he didn't do," said Jenkins. "They have the wrong guy."

Authorities said their suspects fled the scene in a white sedan, but outside of the Nash County Detention Center, Jenkins showed our ABC11 camera crew the black SUV she said she and Lewis were running errands in all day, errands that did start at the courthouse.

"They were saying something on the news about him being in a white car, how is that even possible when he's been with me all day," said Jenkins.

Jenkins said she and Lewis were at the courthouse mid-morning, for Lewis' brother, Ernest Avent. Jenkins told ABC11 that Avent was being sentenced for a breaking and entering charge and that she and Lewis wanted to talk to his lawyer.

ABC11 checked the court schedule for an Ernest Avent, and he was on the schedule for Monday afternoon. Jenkins said they waited for his sentence Tuesday, missed it, and left a still quiet courthouse.

"After that, we left, went to Walmart in Nashville," said Jenkins, "when that stuff happened out here, we were at Walmart."

Then she said they went to a tire shop on Raleigh Road in Rocky Mount, across the street from a former Texaco. It was during that trip she said they heard about the shooting at the courthouse and that Lewis' home on Daughtry Street in Rocky Mount was surrounded by law enforcement officers. She said Lewis then got on the phone with authorities to find out what had happened.

"They wouldn't tell him until he got down there and they locked him up," said Jenkins.