Hurricanes proving they're serious this summer 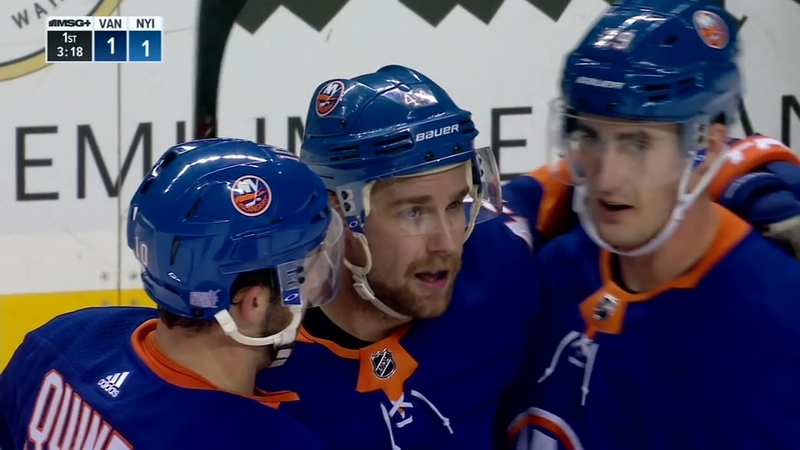 Hurricanes proving they're serious this summer

RALEIGH (WTVD) -- The expectation was that this would be a momentous summer for the Hurricanes, and after a scuffling start, the ground has indeed shifted.

The front office moves with Don Waddell, and the promotion of Rod Brind'Amour to head coach was the expected move.

The free agent signing of Calvin de Haan Tuesday evening, though, was the sort of move no one has come to expect the Canes to manage. A high-level free agent, with multiple options, actually chose to come to Raleigh.

For his part, de Haan said he's always found the Hurricanes incredibly "annoying" to play against; a fast, skillful team that played better than its record.

He and his girlfriend even researched the area, noting the relative lack of winter, friendly taxation and proximity to the beach and the mountains. Calvin said he wants to be part of the "solution" to the team's nine-year playoff drought and "bring the Canes back".

Spilling $18M plus on a free agent was not something that happened under Peter Karmanos, but Tom Dundon has made it clear he's willing to splash where he feels a splash will make a difference.

De Haan could be that man; as an elite shutdown defender, he immediately bolsters an already stocked defense.

Luck and luck only landed the Hurricanes the second overall pick, but however they got there, nabbing Andrei Svechnikov was a seriously buzzworthy moment. Thousands of fans filled the draft party to celebrate.

The biggest trade of the summer sent out Elias Lindholm and Noah Hanifin and returned Dougie Hamilton, Michael Ferland and Adam Fox. It was the kind of move previous GM Ron Francis had either been unable or unwilling to make.

The Canes gave away potential in Hanifin and Lindholm for finished products in Hamilton and Ferland. In Fox, they landed another top-shelf prospect.

The end result is a renewed sense of optimism or belief that the team knows it needed to change and is taking the necessary steps.