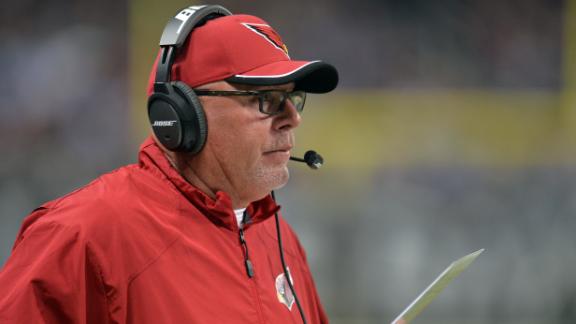 ST. LOUIS -- The Cardinals won't know the extent of QBDrew Stanton's right knee injury suffered in Thursday night's 12-6 win over the St. Louis Rams until they get back to Arizona and put the quarterback through more tests, coach Bruce Arians said.

"We know he has a knee injury," Arians said. "We have no idea what the extent of it is. He's had a previous one, so there's not any knowledge whatsoever.

"We'll take it very slow with him and see how it goes once we get in the MRI and all that information."

Stanton suffered a right knee injury as a rookie in 2007. He had surgery to repair cartilage and missed the whole year. Stanton also tore ligaments in his right knee in 2003 at Michigan State.

Arians said Stanton's 2007 injury was in a "very near spot" to where he injured his knee against the Rams.

Stanton was injured Thursday on a sack by Rams defensive lineman Aaron Donald with 8:41 left in the third quarter. He hopped off the field on his left leg, not putting any weight on his right knee. After being examined by team doctors and trainers, Stanton was carted to the locker room and eventually ruled out.

Third-year quarterback Ryan Lindley took over at quarterback and finished 4-for-10 passing for 30 yards in his first game action since 2012. Stanton was 12-for-20 for 109 yards before leaving the game.

Lindley re-signed with the Cardinals on Nov. 11 after Carson Palmer was lost for the season with a torn ACL, also suffered against the Rams, in Week 10. A 6-yard completion to Michael Floyd in the third quarter that put the Cardinals in field goal range was Lindley's first regular-season pass since 2012.

Arians said he went with Lindley over rookie Logan Thomas because of Lindley's experience.

"[He's] been in this stadium and played against these guys," Arians said of Lindley. "And it was not a time to put Logan out there. He's going to be a good player someday, but he's not ready for this yet, and Ryan was more than ready, and really liked his poise and confidence." 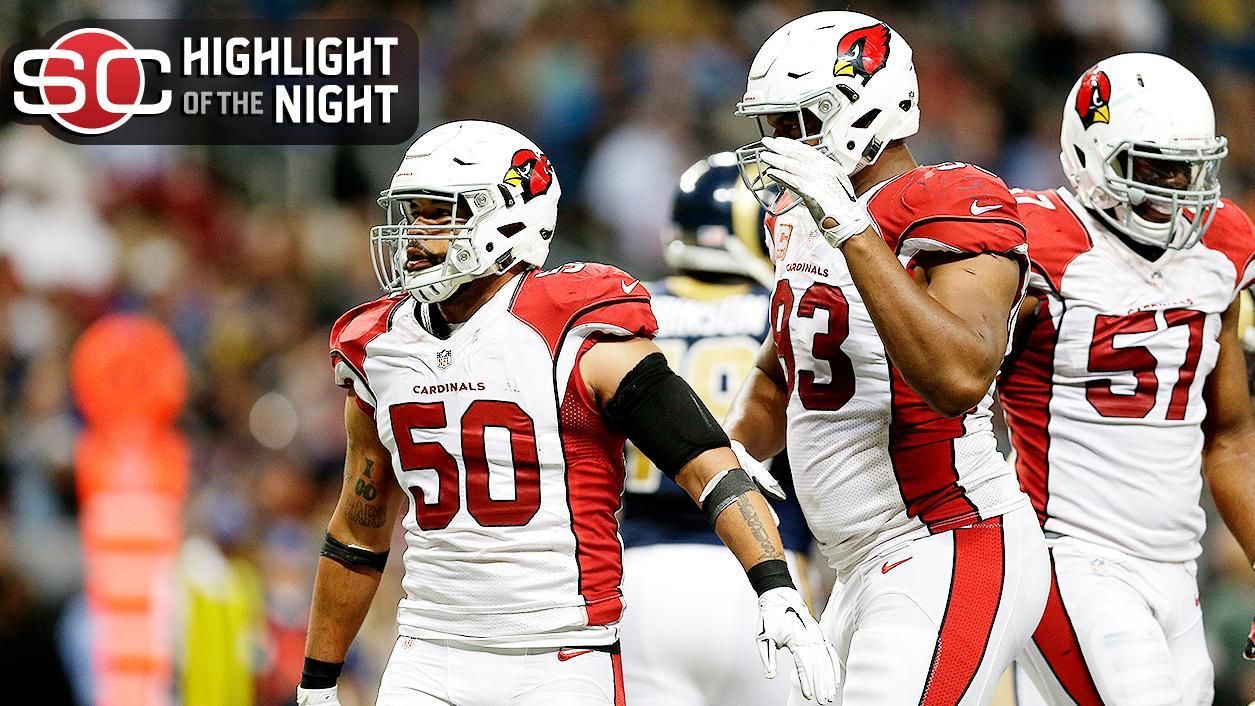