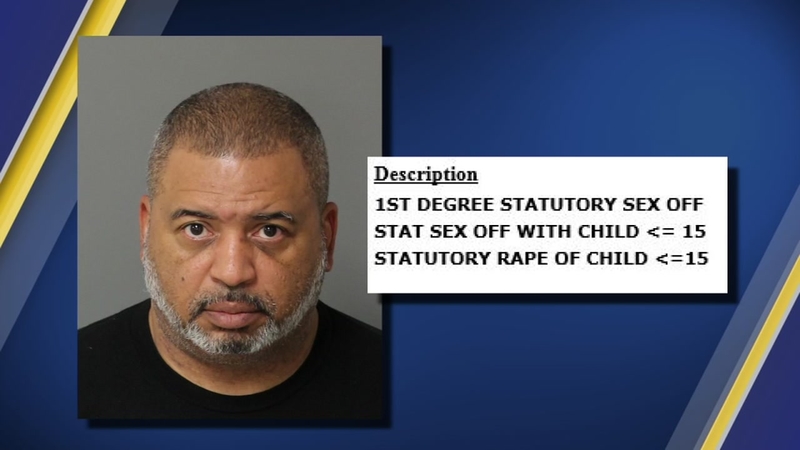 Winslow Thornton, of the 300 block of Vinewood Place, was arrested September 28 at a friend's house on Lenox Place Circle in Raleigh.

Police say he raped a 15-year-old child. The crimes took place between July and September of 2018, according to Thornton's arrest warrant.

He is also accused of engaging in a sex offense with a 13-year-old child. Police say those incidents also happened this year.

"Nothing in our investigation indicates that Mr. Thornton identified the victims and facilitated the alleged crimes through his mentorships, coaching roles or community activism," Holly Springs Police Chief John A. Herring told ABC11.

Tru Pettigrew is a community leader and motivational speaker who brought Thornton onto his team. Pettigrew is severing ties and said he is distraught by the charges.

"I can't understand it. I can't wrap my head around it," he said. "What is so confusing about this (is) I physically and literally saw the good that came out of the work he was able to do in the community."

A 51-yr-old Holly Springs motivational youth speaker is facing rape & sex offense charges in two seperate cases. Police say one victim is 15, the other 13. He is being held in jail on $3 million bond. #ABC11 pic.twitter.com/vc7tx5TT0D

Pettigrew and Thornton worked together for several years.

"My hope is that it doesn't take away from the good of all of the people that are out there doing such good work that he may have been a part, that he may have participated in," Pettigrew said. "That work still happened and will continue to happen by those people."

"My client is prepared to defend himself vigorously in this matter," said Thorton's attorney, Patrick Roberts. "I think the important thing is for everybody to keep an open mind."