'I just shot a male:' 911 call released in fatal shooting of NCCU student by security guard

WTVD
By Joel Brown
DURHAM, N.C. (WTVD) -- Two 911 calls were released Friday in connection to the fatal shooting of a North Carolina Central University student by an apartment security guard.

In the 911 call, the security guard says 23-year-old DeAndre Ballard "jumped" him and then tried to reach for his gun. 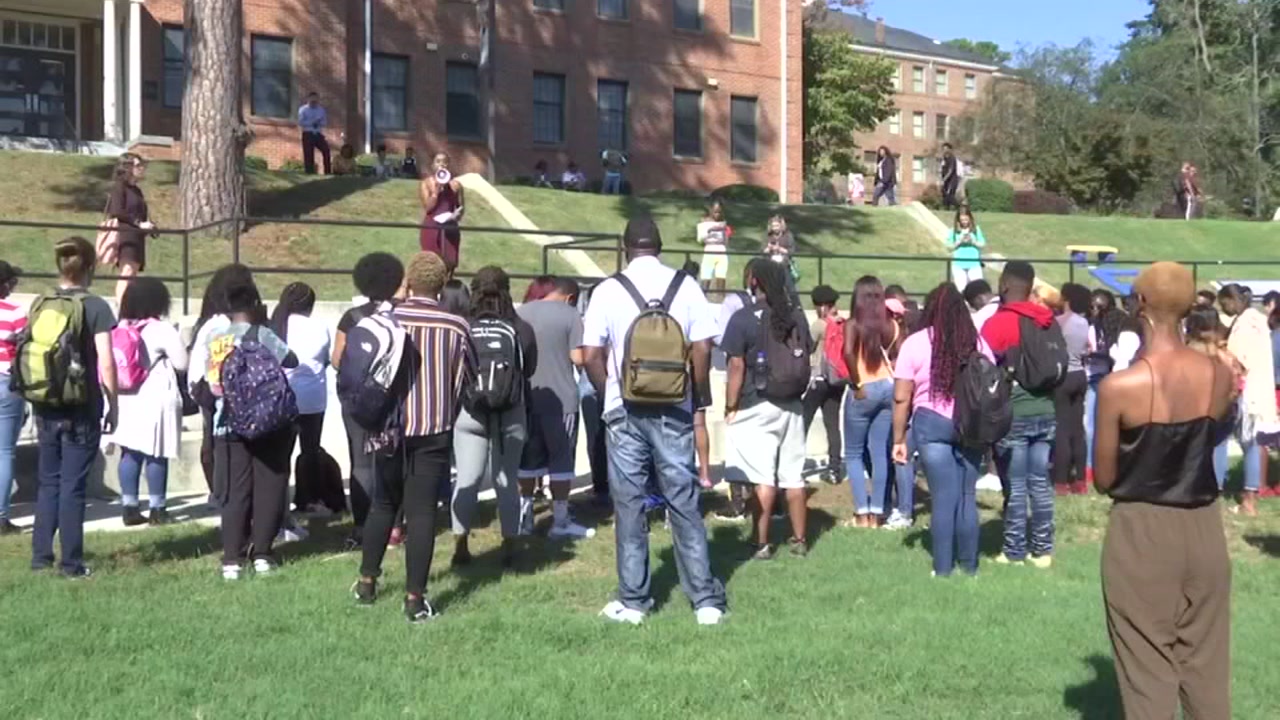 "Send an ambulance to Campus Crossing, 1400 East Cornwallis. I am a security officer. I just shot a male. A black male. He jumped me in my car," the security guard, who is also black, told the 911 dispatcher.

When the dispatcher asked what happened, the security guard said:

"Alright so, I'm sitting in my car. I see this guy trying to get inside somebody else's car. I said, 'Hey man what's going on?' He jumped me, he jumped me inside my car, he starts trying to fight me or whatever and tried to reach, tried to reach for my gun and that's when I think I had shot him."

The NC Detective Agency says it's supporting the security officer's claim of self-defense and no charges have been filed. They say it's the first deadly encounter for the agency and for the guard who's been employed for 15 years.

But Ballard's loved ones say they don't believe the security guard acted in self-defense.

On the phone from New Bern, Becton explained what she says the security guard's employer, NC Detective Agency, told her family.

Complaints have been raised before about NC Detective Agency with the state's regulatory board, the Private Protective Services Board.

In 2010, the company's CEO, Roger Ladd, was disciplined by the board for falsifying information on guard training certificates.

In 2011, an agency staffer was issued a warning by the board for making false statements connected to a license or registration.

And in 2012, Ladd was fined more than $2,600 for failing to properly register armed guards.