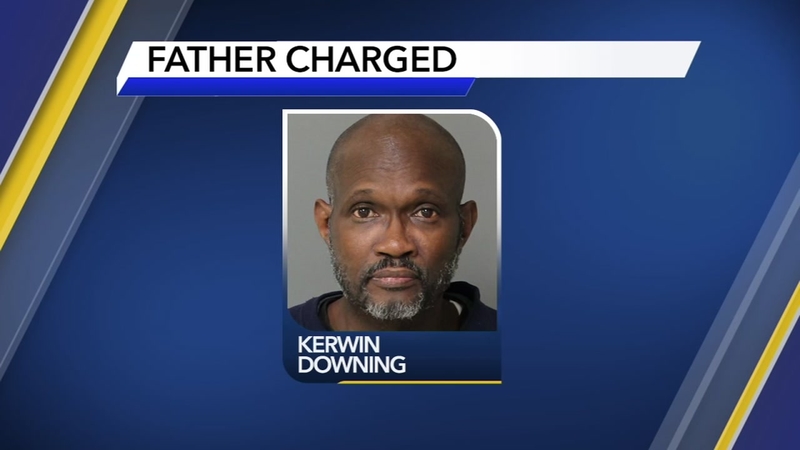 RALEIGH, N.C. (WTVD) -- A Raleigh father is facing child-abuse charges after investigators said he handed his 13-year-old son a loaded handgun and it went off, hitting the boy in the neck.

Kerwin Downing, 58, faced a judge for the first time Thursday on a charge of negligent child abuse causing serious bodily injury. His arrest came 10 days after the shooting at the family's East Raleigh townhome.

The first words out of his mouth, "Accidental discharge in the house. My kid's down. Please come."

Nisied Balseca, who lives across the street, remembered the gunshot.

"I just heard like a loud bang, you know. And I was like, 'What the heck?' And the next thing you know, I was out here with my buddies, and then I saw a whole bunch of cops pull up," he told ABC11

He and a number of other neighbors didn't know exactly what had happened until a reporter told them about it Thursday.

Downing's arrest warrant said he handed his son the loaded handgun and it fired, causing severe injuries to the boy's throat and spine.

That surprised Balseca, who said, "My dad has a firearm and I'm 19 and he would never give it to me."

But another neighbor called Downing "a really nice man."

During his call to 911, Downing was often distraught.

The 911 dispatcher interrupted telling Downing, "OK, they are already on their way, OK?"

He then asked, "When did this happen?"

A woman who identified herself as Downing's daughter came to the door of the townhouse Thursday.

She wouldn't comment about the case but said her brother is "fine."