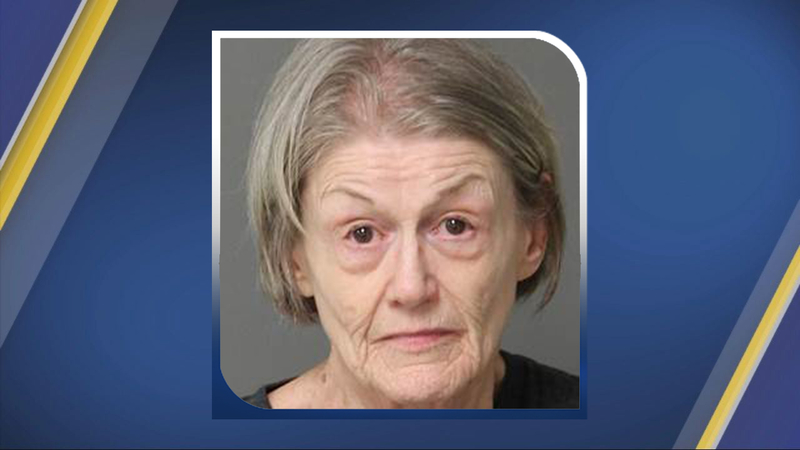 GARNER, N.C. (WTVD) -- A Garner woman has been charged after she allegedly stole the identity of a friend and several family members and plotted to poison her mother all to send money to an online lover, according to a search warrant.

Roxanne Reed, 66, was charged last month with felony conspiracy to commit murder. She was also charged in August with one felony count of identity theft and three felony counts of obtaining property by false pretenses.


The conspiracy to commit murder case came about after police got a report that Reed was stealing identities.

While officers were following up with Reed in that case, she told police she met a man on Facebook named Michael Mascaro and was sending him money and gift cards. Mascaro said he was in India and requested iTunes gift cards for his 13-year-old daughter, according to the warrant.

In order to fund Mascaro, Reed used her authority as Power of Attorney to steal the following identities:

Soon after, Reed started up an online romance with a person on Instagram named Scott Humple. Neither of the two have met, yet Reed says they're married, according to the warrant.

In order to get money for Humple, Reed and Humple spoke on Google Hangout about poisoning her mother.

"Poison it will be unless I can think of something else Baby," Reed wrote, according to the warrant.

Reed decided she would poison her mother in her drinking water.

Reed and Humple discussed the options for poison.

Humple told her "arsenic is colorless and tasteless." They then discuss the cost of the poison. Reed said later in the chat that she'd get paid and would be able to purchase the poison at the end of August.

With her mother gone, Reed could get her mother's death certificate and receive $20,000 from her life insurance plan, Humple told her.

Reed told the detective she didn't mean any of it. The warrant says that she figured none of it meant anything since he is "not real."

"I will do what needs to be done for you and only you as your wife for you are my husband. Just make no mistake it has to be timed right and you should know that," Reed said in text messages to Humple, according to the warrant.