'Major concern about every road tonight:' Black ice the next threat for the Raleigh-Durham region 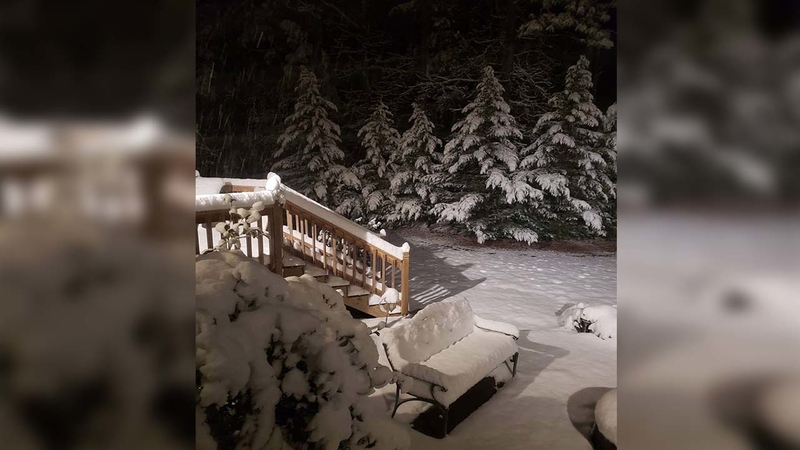 RALEIGH, N.C. (WTVD) -- With the winter storm wrapping up and exiting the region Monday night, a quieter weather pattern will emerge for much of the rest of the week.

After the wintery precipitation from earlier today, drier weather will filter into most of the viewing area -- but some places, like Goldsboro or Kenly, got an evening dusting of snow.

Overnight, black ice is the main concern as wet or slushy areas will freeze.

"I have a major concern about every road tonight," said NCDOT Engineering Technician Jason Dunigan. "There's going to be ice all over."

Crews treated roads in Wake County and in Durham as the threat of black ice loomed.

He said North Carolina remains under a state of emergency. Cooper said conditions remain treacherous in many parts of the state.

"Please let mother nature and our DOT crews clear roads before you head out," Cooper said. He went on to say people who don't have to drive should not drive, saying that would put their lives and first responders' lives in danger.

"Snow has turned into a nightmare and tragedy for some, claiming two lives," Cooper said. The deaths include a man killed when a tree fell on their car and a woman under hospice care who died during the storm.

Since the start of the storm, troopers with the NC State Highway Patrol have responded to 672 collisions and 1,571 calls for service. Crews with NCDOT have used 3,500 tons of salt on roadways across the state.

Most counties are under a Winter Weather Advisory until 9 a.m. Tuesday.

The storm that blew through North Carolina on Sunday dropped 14 inches of snow in parts of the Triangle.

High pressure will promote plenty of sunshine Tuesday and Wednesday.

Despite the sunny skies, temperatures will remain chilly, in the lower to middle 40s during the afternoons, a good 10-15 degrees below average for this time of the year. This will lead to some melting during the daytime, but remain cautious during the evenings and overnights for areas of black ice forming.