WTVD
By Josh Chapin
RALEIGH, N.C. (WTVD) -- New charges have been filed against a state trooper already charged with assault in connection to an arrest in Raleigh back in April.

Video of the arrest of Kyron Hinton went viral.

Trooper Michael Blake was already charged with assault with a deadly weapon in the case. He was also fired from his job because of that incident.

According to the indictment, a grand jury found that Blake knowingly provided "false and misleading information and statements, about material facts" to the State Highway Patrol, relating to the use of force investigation.

"It is a good step. It's a good step," said Dawn Blagrove of the Carolina Justice Policy Center. "It protects and makes the city safer. It makes law enforcement safer when we have a district attorney who is willing to do the work and put her money where her mouth is: to bring charges against law enforcement officers who abuse the powers they are given."

The indictment also states that he conspired with two other employees of the highway patrol -- Tabitha Davis and Rodney Goswick -- to provide false statements related to the case.

Davis was one of the other officers charged with assault in connection to the arrest.

She and Goswick were also indicted Tuesday.

Blake's attorney sent the following statement to ABC11 regarding the charges:
Mike Blake has been a public servant for his entire career. At no time did he feloniously assault Kyron Hinton nor did he attempt to obstruct justice in any way. This prosecution is part of a dangerous trend in today's society. Law enforcement officers have to make split-second decisions in life-threatening situations on a regular basis. To second guess their decisions and to accuse them of criminal activity when there is no evidence of criminal intent, is to recklessly disregard their years of training, experience on the job, and service to the community. Criticizing job performance is one thing - indicting an officer and accusing him of being a criminal is quite another. Trooper Mike Blake is proud of his service to the citizens of the United States, his service to the state of North Carolina and to the citizens of Wake County. Trooper Blake will plead not guilty and continues to look forward to his day in court.

Wake County deputy Cameron Broadwell was also charged with assault in connection to the arrest.

Powell, along with others, are now calling for new Wake County Sheriff Gerald Baker to reopen an investigation of Broadwell for his role in the case.

"We are pleased with what is playing out in our judicial system," Powell said. "Justice has to be served. We can no longer to continue to allow law enforcement to cover up incidents that directly impact our community"

The grand jury indictment on the assault charges said Blake and Davis hit Hinton with their flashlights, causing serious injury.

It also claimed that Broadwell assaulted Hinton with his hands and a police K-9, causing injury that resulted in Hinton's hospitalization.

"We know that it is still much work to be done," said Kerwin Pittman of Justice Served NC. "Law enforcement have to be held accountable." 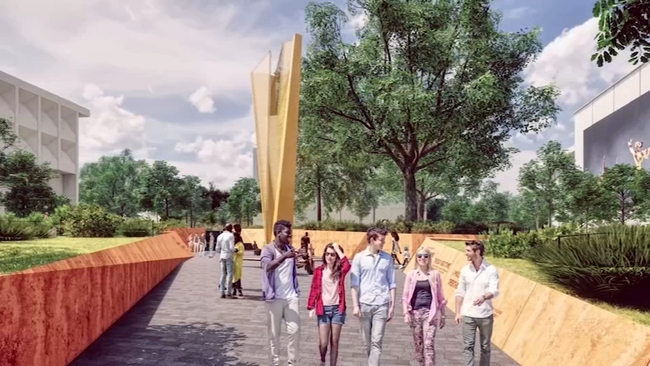