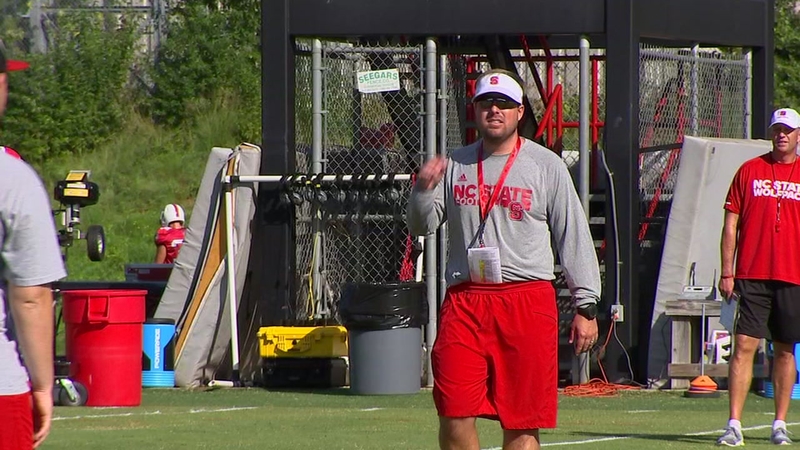 Drinkwitz's five-year contract was approved Thursday by Chancellor Sheri Everts and the school's board of trustees. Financial terms of the deal were not released by the school. He will be introduced on campus Monday, two days after the Mountaineers play Middle Tennessee State in the New Orleans Bowl.

"I'm excited to welcome Eliah and his family to App Nation," athletic director Doug Gillin said in a statement. "The App State football program is in great position to continue its championship ways. Eliah is committed to excellence academically, competitively, socially and to the well-being of our student-athletes ... Eliah has great character and a clear vision for the future of Mountaineer football. I'm excited about the future of our football program."

Drinkwitz says he and his family "are excited to embrace and build upon the proud tradition of Appalachian State football."

The 35-year-old spent the past three seasons at North Carolina State after running the offense at Boise State. The Wolfpack rank 16th nationally in total offense (471.3 ypg) and sixth in passing offense (327.7 ypg) behind quarterback Ryan Finley.

"This is a special time for App Nation, and we will work tirelessly to uphold the championship tradition," Drinkwitz said in a statement.

He replaces Scott Satterfield, who was hired at Louisville.

Satterfield went 51-24 in six seasons with the Mountaineers, guiding them to a share of three Sun Belt Conference titles and three straight bowl victories.