'Start Here': Obamacare, migrant girl dies. What you need to know to start your day. 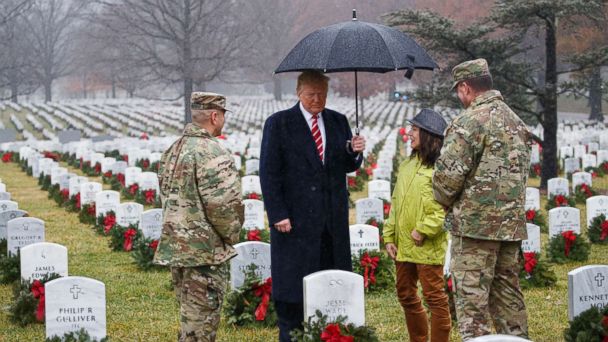 Over the weekend, a Texas judge struck down the Affordable Care Act after Republican governors and attorneys general from 20 states challenged the individual mandate.

ABC News' Devin Dwyer explains how it could take years for this ruling to make its way through the courts.

Last week, we learned about 7-year-old Jakelin Caal Maquin, a Guatemalan migrant who died in U.S. custody after crossing the border illegally with her father.

The U.S. government said the girl went for days without food or water, a claim the family denies.

"All of the available information indicates that our Border Patrol Agents did everything in their power to rescue this little girl, and fought for her life, alongside professional first responders from Hidalgo County, New Mexico," Kevin McAleean, a U.S. Customs and Border Protection commissioner, wrote in a statement.

At least 260 people have died trying to cross the border this year.

Yesterday, the president tweeted that he will be "reviewing" the case of Matt Golsteyn, a former U.S. Army Green Beret who's been charged with murdering a man he suspected of being Taliban bomb maker back in 2010.

ABC News' Luis Martinez tells us that Golsteyn's story got national attention after a Fox News interview in which he admitted to the murder.

The federal government on Friday could partially shut down if Congress and the president don't agree on a budget.

ABC News Deputy Political Director MaryAlice Parks walks us through which agencies would be affected and whether the two sides are any closer to a deal.

'I don't think any of us can predict the future': Republicans in Congress tread lightly after Michael Cohen tells ABC News Donald Trump ordered him to make hush-money payments.

'You can still say the same stuff -- "build a wall," "bring back coal" -- but you don't have to deal with fact that all your ideas are impractical or insane, so Americans love you': "Saturday Night Live," borrowing a page from "It's a Wonderful Life," imagines a world where Donald Trump doesn't become president.

'My father is a monster': An alleged faith healer who allegedly sexually abused more than 300 women, including his own daughter, finally turns himself in to Brazilian authorities.

'I felt that it rocked as much as in the September earthquake': An explosion at a two-story building in Japan injures dozens.

The Stats Say Washington Should Have Signed Colin Kaepernick (And It's Still Not Too Late!): "Struck with misfortune at the most important position in professional sports, Washington trotted out Mark Sanchez, a player signed off the street ..."

Michael Cohen speaks out after his sentencing: Donald Trump's former lawyer and fixer says he's "done with the lying."

How Dua Lipa became one of pop music's biggest breakout stars: "I've done a lot of my learning on the job," Dua Lipa says, "because everything has happened so fast."

Vice-chairperson of Momentum party Anna Donath holds up a smoke grenade on Sunday during an anti-government protest in the downtown of Budapest, Hungary.

For more great photos from around the world click HERE.

Police near San Francisco are asking for the public's help tracking down a female suspect seen on surveillance video brandishing a large knife in a robbery.

All right, you're off and running. You can always get the latest news on ABCNews.com and on the ABC News app. Details on how to subscribe to the "Start Here" podcast are below. See you tomorrow.