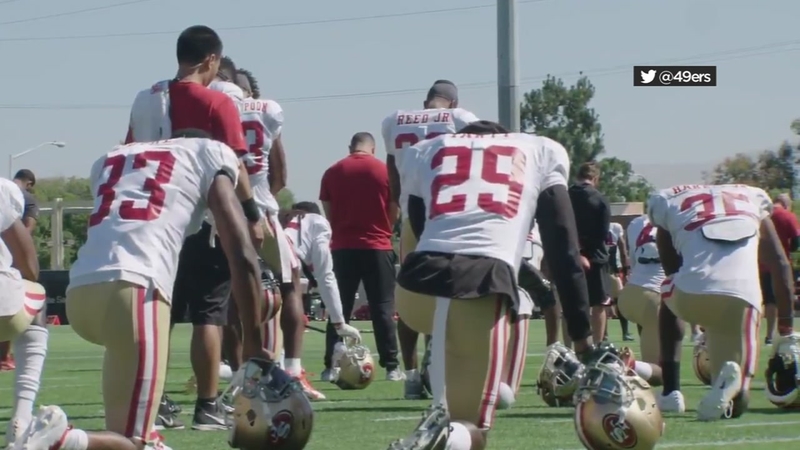 SANTA CLARA, Calif. -- The morning after a deadly shooting at California's Gilroy Garlic Festival, the San Francisco 49ers held a moment of silence in honor of the victims.

"Our community was affected by a horrific tragedy last night down in Gilroy," General Manager John Lynch said.

RELATED: What we know about the 3 killed in the Garlic Festival shooting

"And our players, our team, our organization thought it would be appropriate if we started practice with a moment of silence."

With that, many players took a knee, while others bowed there head in silence for 30 seconds. Training camp spectators also participated.

RELATED: Band describes gunshots that rang out while they were on stage at Gilroy Garlic Festival

Lynch concluded the moment by thanking the crowd for their support.

Three people, a 6-year-old boy, a 13-year-old girl, and a man in his 20's died in the shooting. Several other victims remain in the hospital with varying degrees of injury.