They gathered for the Reverend Vernon Tyson's memorial service. He was 89 when he died one week earlier at his Raleigh home.

During the service, friends and family shared fond memories of the courageous clergyman who devoted his life to social justice.

In 2013, Tyson was one of the people arrested by authorities during the Moral Monday demonstrations at the North Carolina General Assembly. But many people who rose and addressed mourners said that action was one of many he took during his long life; stances that were sometimes unpopular among his neighbors and other clergy.

"He was an early advocate for racial justice," recalled his friend the Reverend Joe Mann. "I was a part of his church in Jonesboro when he had to stand up in the church, inviting an African-American to preach, which caused quite a stir. And yet he stood firm,and the church voted to go ahead."

Reverend Tyson's son Tim Tyson is a historian, an executive board member of the NC NAACP and professor at UNC and Duke. He wrote about his father in the book "Blood Done Sign My Name," and he told me back in 2008 when the book became a film with Rick Schroeder playing his dad, "It makes all the sense in the world to try and tell those stories for the largest audience possible."

He and his relatives have many memories of his father, and shared some with the mourners inside the church, where Tyson once tended a flock of the faithful as a younger man.

"He was so deeply happy when he was appointed to be your minister," Tyson said.

The Reverend Ned Hill spoke of the time when the Vernon Tyson drove a very ill, drug-addicted man to a detox center, and the man threw up inside Tyson's car.

"He starts crying and whining, 'I miss my mother.' Most individuals would have been upset or angry about what happened," said Hill. "We've got the smell and the sound, and what Vernon said came from that deep well of compassion he had. He said 'yes, and I miss my mother, too.' That was really who Vernon Tyson was."

Tyson won many awards during his long life, including a Distinguished Service Award from the North Carolina Council of Churches.
Report a correction or typo
Related topics:
societyraleighreligionracial profiling
Copyright © 2020 WTVD-TV. All Rights Reserved.
RELIGION 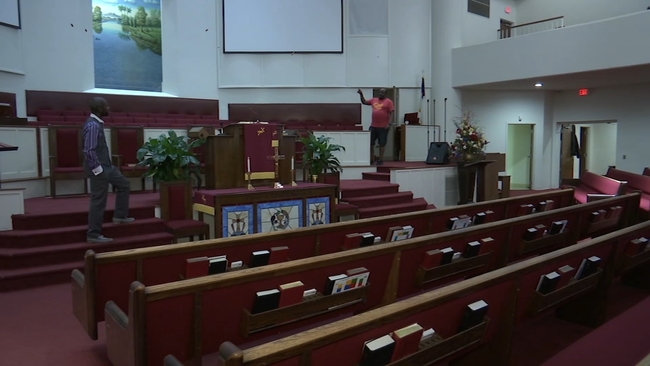