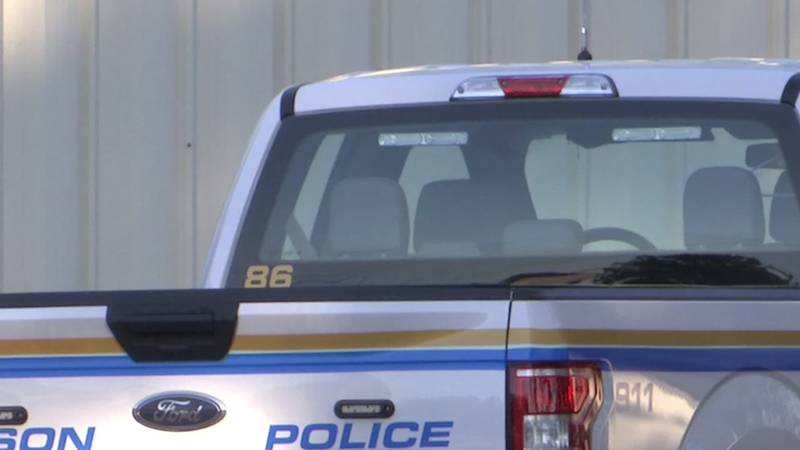 WILSON, N.C. (WTVD) -- The State Bureau of Investigation is looking into an officer-involved shooting that happened in Wilson early Tuesday morning.

Just before 3 a.m., two officers were in their patrol vehicles, working on reports in the parking lot of Calvary Pentecostal Church on Downing Street.

Officers said they were approached by 36-year-old Jason Woodell, who started cursing at them.

Reports state Woodell punched one of the officers through a car window.

The officer then exited his patrol car and was charged by Woodell.

The suspect then took out a hammer and charged at both officers.

Officer W.J. Hine fired at Woodell, hitting him in the shoulder.

Hine has been with Wilson Police Department since 2014. He was placed on administrative duty pending the outcome of an investigation into the case.

He was charged with misdemeanor assault on a law enforcement officer. He bonded out of jail a few hours later.