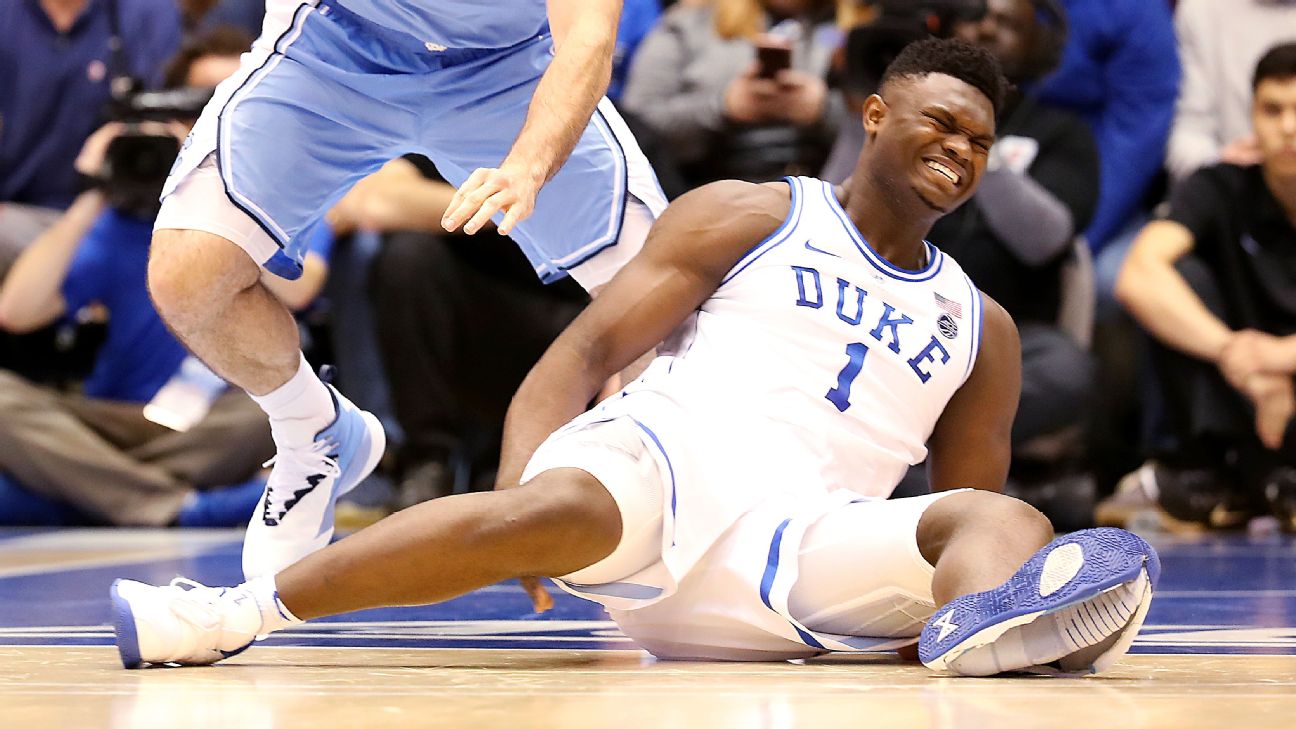 Dukestar Zion Williamson will not play against Syracuseon Saturday night as he continues to recover from a sprained right knee, the school announced.

Less than one minute into Wednesday's game, Williamson slipped as he planted hard near the free throw line and broke through his left shoe, falling awkwardly. Williamson limped off the court and into the locker room, and he didn't return.

Duke coach MikeKrzyzewski said Thursday that he was "optimistic" about Williamson's status.

"The preliminary reports that we have on Zion's injury are all optimistic -- very, very good," Krzyzewski said on his weekly show on ESPNU Radio on SiriusXM. "And the fact that it's a stable condition, a mild sprain, and we're going to do what everyone would do, and that's what's in the best interest of the young man. And Zion will get proper care.

Duke lost the first meeting against Syracuse at home, although Cam Reddish didn't play and Tre Jonesplayed only six minutes.

Without Williamson against the Tar Heels, the Blue Devils averaged a season-low 0.84 points per possession and were outscored by 34 points in the paint -- Duke's worst differential in eight seasons. This season, with Williamson off the floor, Duke has hoisted up 44 percent of its shots from 3-point range.

The Blue Devils next travel to Virginia Tech on Tuesday. 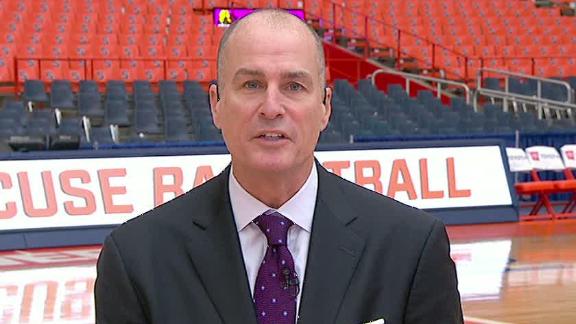