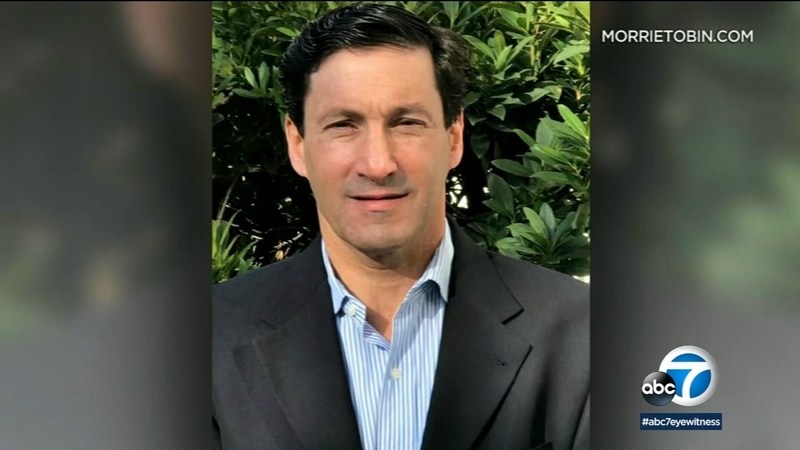 LOS ANGELES -- A Southern California man is reportedly the one who tipped off the FBI to the largest college admission scandal in United States history.

Financial executive Morrie Tobin was being investigated in connection with an unrelated securities-fraud case, according to the Wall Street Journal, when he told federal investigators that former Yale women's soccer head coach Rudy Meredith sought a bribe to get Tobin's daughter into Yale.

Investigators recorded a meeting between the executive and the coach at a Boston hotel room in April 2018. During the meeting, which is described in court documents, authorities say Meredith told the father he would help his daughter get into Yale in exchange for $450,000. Meredith accepted $2,000 in cash in the hotel room and gave the executive directions about how to wire the rest of the money, authorities say.

Meredith began cooperating with the investigation that same month in the hopes of getting a lesser sentence, prosecutors say in court documents. Meredith, who resigned from Yale in November, has agreed to plead guilty to charges including wire fraud. A message was left Thursday on Meredith's phone.

Tobin himself is a Yale graduate, and his daughter attends Marlborough School, a private all-girls school in Los Angeles.

Who is involved in the alleged college admissions scam?

Dr. Priscilla Sands, the head of Marlborough, said the school does not comment on individual parents. A letter to parents reads in part, "Another type of loss rocked the independent school and college communities. It is the loss of dignity, humanity and morality that has undermined what we stand for and what we hold dear."

The letter continued: "I ache for the qualified child who perhaps lost her place at what may have been her college dream but through a lack of access and money ended up in a pool of qualified students who did not have either a back door or a 'side door.'"

In a statement to ABC7, Sands said she hopes the scandal will not include any students from Marlborough.

Tobin was not charged in connection with the alleged college admissions scheme. He signed a plea agreement in the securities fraud case last November and is awaiting sentencing.

At least nine athletic coaches and 33 parents, many of them prominent in law, finance, fashion, the food and beverage industry and other fields, have been charged in the case . They include Hollywood stars Felicity Huffman and Lori Loughlin.

Prosecutors said that parents paid an admissions consultant to bribe coaches and administrators to falsely make their children look like star athletes to boost their chances of getting accepted. Some parents spent hundreds of thousands of dollars, as much as $6.5 million, to guarantee their children's admission, officials said.

Massachusetts U.S. Attorney Andrew Lelling has said that the investigation is continuing and that authorities believe other parents were involved. The IRS is also investigating, since some parents allegedly disguised the bribes as charitable donations.

The consultant, William "Rick" Singer, pleaded guilty to fraud and conspiracy charges in federal court Tuesday in Boston. Singer's attorney told reporters that he plans to cooperate fully with prosecutors.