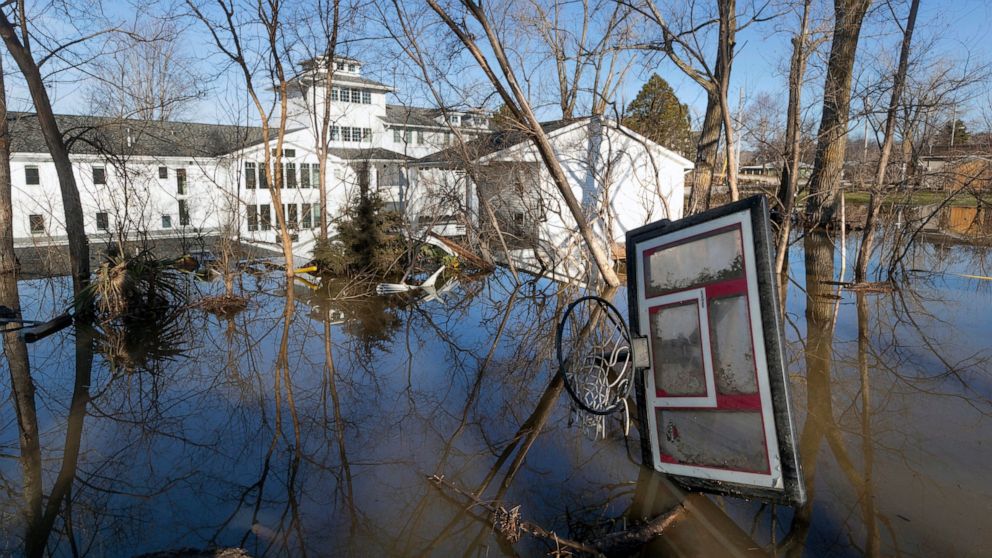 Almost 90 reports of damaging storms were recorded over the weekend from Texas to Illinois, including a tornado near St. Louis and golf ball-sized hail that covered the ground near the Dallas-Fort Worth metro area.

That storm system is heading east today and expected to deliver more severe weather to the Deep South and Southeast. Hail, damaging winds and isolated tornadoes remain the biggest threats.

Melting snow in the upper Midwest is forcing rivers higher, but at least these areas aren't expecting significant rainfall over the next few days.

Flood warnings remain in effect for much of the Plains and upper Midwest as many rivers are again at or near record levels.
Report a correction or typo
Related topics:
abc newsnational
Copyright © 2021 ABC News Internet Ventures.
More Videos
From CNN Newsource affiliates
TOP STORIES