"Singing and dancing and acting are really secondary to what we do," Executive Director Leslie Hanna said.

The non-profit ministry, which operates out of a former church building on Aversboro Road, teaches students skills in musical theater. Each week, nearly 300 participants--ages 4 to adult--make their way to STP to learn and hone their on-stage and off-stage skills.

"I love pretty much all of it," says 14-year-old Darcy Hsieh, who's been involved at STP for seven years. "There's so many great people, and this is basically my second home."

With as many as eight productions in development at one time, late afternoons at STP are always buzzing with activity.

"There's a production every three weeks," Leslie Hanna said. "After a production goes down on Saturday night we start building the set for the very next play. In a week, the set is up for the next show, and then kids are on-set working two weeks before production."

The name Spiritual Twist comes from the content of those productions. They take classic tales, enhance the spiritual content, and add in song and dance.

They've put on productions of Beauty and the Beast, A Christmas Carol, Oliver Twist, and The Chronicles of Narnia, to name just a few.

"Everything that we do we try to have a biblical basis to our messages," Hanna said. "We want to provide hope for our audiences. And we want to plant God's word in the hearts of our students."

For those students the ministry offers a chance not only to hone their theatrical talents but to make and bond with new friends.

"I came in a super shy kid," 17-year-old Gavin O'Melia said. O'Melia has been involved at STP for three years. "It was immediately a place where people accepted me for who I was."

He said he's not only learned singing and dancing, but life skills and public speaking.

Nia Arevalo, 17, is another self-described introvert who is thriving in her 5th year at STP.

"It took me a little while to find that group of people that I fit in with. But I've definitely found them, and I've made some really great friendships," she said.

Arevalo said the worship at STP is her favorite part.

"Backstage, when we get to worship with the entire cast. Or right before a show when we come together and we pray together. It's a really powerful thing."

Future STP stage productions will include a musical version of Ben-Hur, and an adult-student production of Le Fantome de l'Opera (The Phantom of the Opera). Three paid staffers and 60 volunteer parents keep STP running smoothly--offering lessons that will last long after the last curtain call.

"Our students don't' necessarily go off to become actors and actresses," Executive Director Hanna told ABC11. "They become moms and accountants and lawyers and graphic designers. They do all kinds of things. But we teach them to be Christ communicators. And to be able to express their faith in a world that needs that hope."
Report a correction or typo
Related topics:
religion & spiritualitygarnerreligionchurchtheatermusical
Copyright © 2020 WTVD-TV. All Rights Reserved.
More Videos
From CNN Newsource affiliates
TOP STORIES 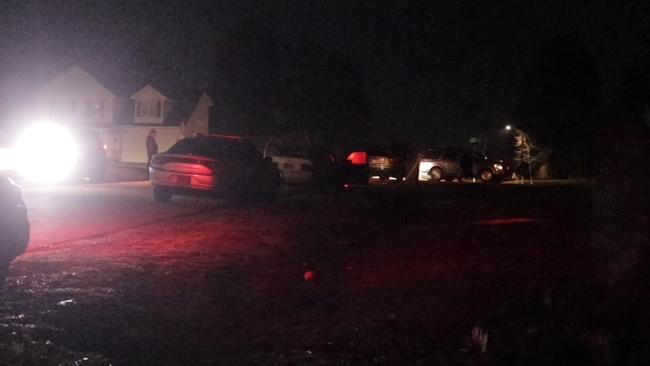