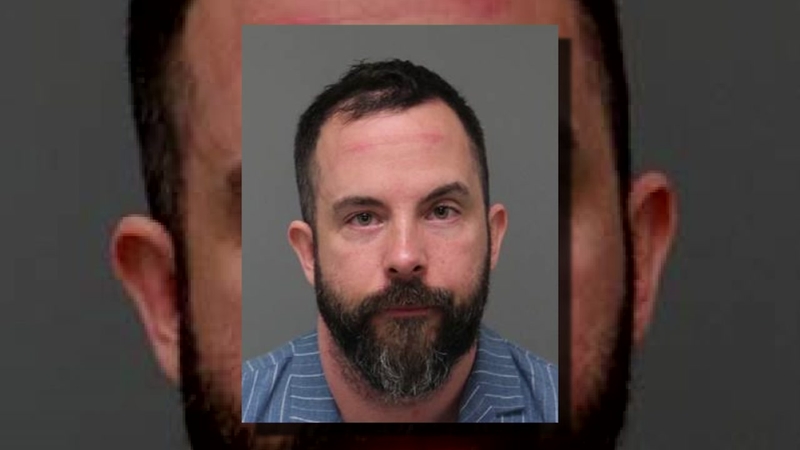 RALEIGH (WTVD) -- A Wake County mother is getting her wish.

The woman was upset when she found out a man, whom she says molested her daughter and her daughter's friend at the Raleigh Out festival Saturday, was charged only with misdemeanor offenses.

A Wake County prosecutor who saw ABC11's story about the crime on Monday said she too thought the charges should be upgraded.

Now, Christopher Baumgarden, 40, of Apex will be charged with two felony counts of indecent liberties with minors, according to Wake County Assistant District Attorney Katy Pomeroy.

On Wednesday, the mother, who wants to remain anonymous to protect the identity of the two 12-year-old girls, recalled the encounter.

She said she was buying t-shirts for the girls at a booth in the 100 block of Fayetteville Street around 6 p.m when a man who was obviously drunk approached.

"As the lady was asking me about the shirt, he reached out and touched my daughter's friend's chest and said, 'I like that,'" she told ABC11. She said she told him the girl was only 12 years old, to never touch her again, and walk away.

"The next thing I know I see him come in for a hug out of the corner of my eye. And when I turned around he embraced her in a hug. And I pushed him off and told him, 'you don't bleeping touch her she's 12. Walk away.'"

But she said the man persisted and then assaulted her daughter.

"He reaches out and says, 'I like your boob' and touches her left boob. And that's when I reached into my fanny pack and grabbed my stun gun and went after him," she said.

As bystanders came to protect the girls she said she activated her stun gun but people held her back.

She said police arrested him and when she called the Raleigh Police Department on Monday to find out his name she learned he was charged with sexual battery.

"An officer told me what he was charged with. And that did not sit well with me at all. I knew that that was a class three misdemeanor that served $1,000 fine but he would not have to list on the sex offender registry. So I did my own research and I felt that he should have been charged with indecent liberties with a minor. So I start calling the DA's office."

Soon, she got a call back from Pomeroy.

"She saw it on (ABC11) news and she knew it when she saw it that it was the incorrect charge," the mother said.

"I kind of cut her off and told her that he should have been charged with this," she said. "And she said 'well I'm calling to tell you that's exactly what I just submitted for. We're going to issue two felony arrest warrants for indecent liberties with a minor which he will have to register with the sex offender registry if found guilty.' And she said she will personally do everything she can to make sure that the girls have justice. And I love her."

ABC11 went to Baumgardenr's home in Apex to get his side of the story but no one answered the door.

Wake County arrest records don't show a new arrest for Baumgarden so apparently, he hasn't been arrested on the new charges.

The mother said the final insult to her family came from police when an officer told her she could have been charged with assault if she had shocked the suspect with her stun gun.

"I don't care about an arrest. I don't care about anything. I will take that charge if you mess with my girls. I will protect them at all costs," she said.
Report a correction or typo
Related topics:
raleighcrimearrestassaultsex crime
Copyright © 2021 WTVD-TV. All Rights Reserved.
TOP STORIES
In Raleigh, Biden encourages vaccinations, warns about Delta variant
At least 3 dead, up to 99 missing in Florida building collapse
'Scary five seconds': Moore Co. resident recounts bobcat attack
Security camera video shows moment of Surfside building collapse
Why LGBTQ+ terminology matters: ABC11 hosts a virtual discussion
Chapel Hill bar The Library closing just as owner hoped to reopen
UNC Black Student Movement to protest over tenure controversy
Show More
Pet Alert: As dogs roam the yards, snakes may be lurking
What to expect in Derek Chauvin sentencing
Durham man charged in Chapel Hill road rage shooting that injured man
Nonprofit rolls out mobile vaccination units to serve communities
Nearly all COVID deaths in US are now among unvaccinated
More TOP STORIES News