WTVD
NEW CANAAN, Connecticut -- Police are searching for evidence in a Connecticut trash-to-energy plant as the search for a missing mother of five who hasn't been seen in nearly two weeks, and additional charges are expected against the woman's estranged husband and his girlfriend.

Jennifer Dulos, 50, was last seen driving a 2017 black Chevrolet Suburban shortly after dropping her kids off at school in New Canaan on Friday, May 24. The vehicle was later found abandoned in Waveny Park, which has been the main focus of the search.

Now, 51-year-old Fotis Dulos and 44-year-old Michelle Troconis, both of Farmington, Connecticut, are charged with tampering with or fabricating physical evidence and hindering prosecution.

Arrest warrants released Monday revealed that clothing and sponges soaked with Jennifer Dulos' blood were found in trash cans in Hartford, where the documents said surveillance cameras captured a male appearing to be Fotis Dulos wearing a baseball cap and disposing of garbage bags in more than 30 different receptacles along a four mile stretch of Albany Avenue.

Jennifer Dulos had been renting a home in New Canaan and was in the midst of a bitter two-year divorce and custody battle with her estranged husband, and she had said in court papers that she was scared for her life.

"I am terrified for my family's safety," she said in the court papers. "Especially since discovering the gun, as my husband has a history of controlling, volatile, and delusional behavior."

Fotis Dulos has told police that he and his wife only had "quiet" arguments, and he denied any threatening behavior.

He and Troconis were taken into custody in Avon, Connecticut, and transported to New Canaan Police Headquarters. They appeared in court Monday and are being held on $500,000 bond.

Authorities said Jennifer Dulos was the suspected victim of a "serious physical assault" that occurred at Fotis Dulos' home.

"We miss her beyond measure - her five young children, her family, her friends, colleagues, and neighbors, as well as countless people who have never met her but who have responded to the spirit of grace and kindness that Jennifer embodies," family spokesperson Carrie Luft said in a statement Friday. "The public response has been astounding. The support and love, the concern for her children, and the community efforts to help locate Jennifer have kept us going."

Jennifer Dulos and the children left their Farmington home, about 60 miles north of New Canaan near Hartford, around the time she filed for divorce in June 2017.

Her mother filed a motion Tuesday for custody of the five children, citing Fotis Dulos' arrest and incarceration, and further requests that even if he is released that the children remain in her custody.

In the previous custody deal, the children lived with Jennifer Dulos, while Fotis Dulos was allowed supervised visits.

New Canaan police called on the community to provide any surveillance video that could produce more evidence in the case.

Investigators are asking anyone who had contact with Dulos on May 24 or has information regarding her disappearance to call the New Canaan Police Tip Line at 203-594-3544.
Report a correction or typo
Related topics:
new canaanconnecticutjennifer dulosmissing person
Copyright © 2020 WTVD-TV. All Rights Reserved.
More Videos
From CNN Newsource affiliates
TOP STORIES 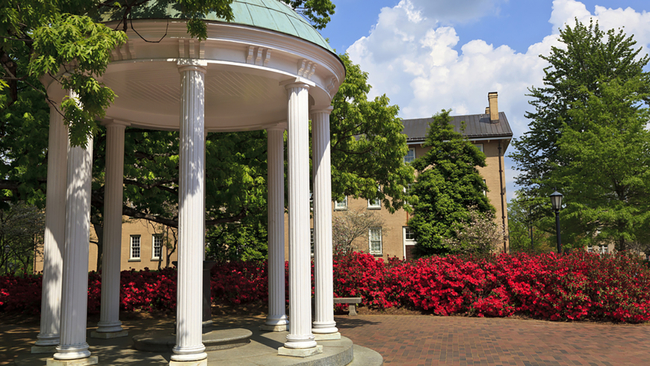 UNC reports armed and dangerous person on or near campus