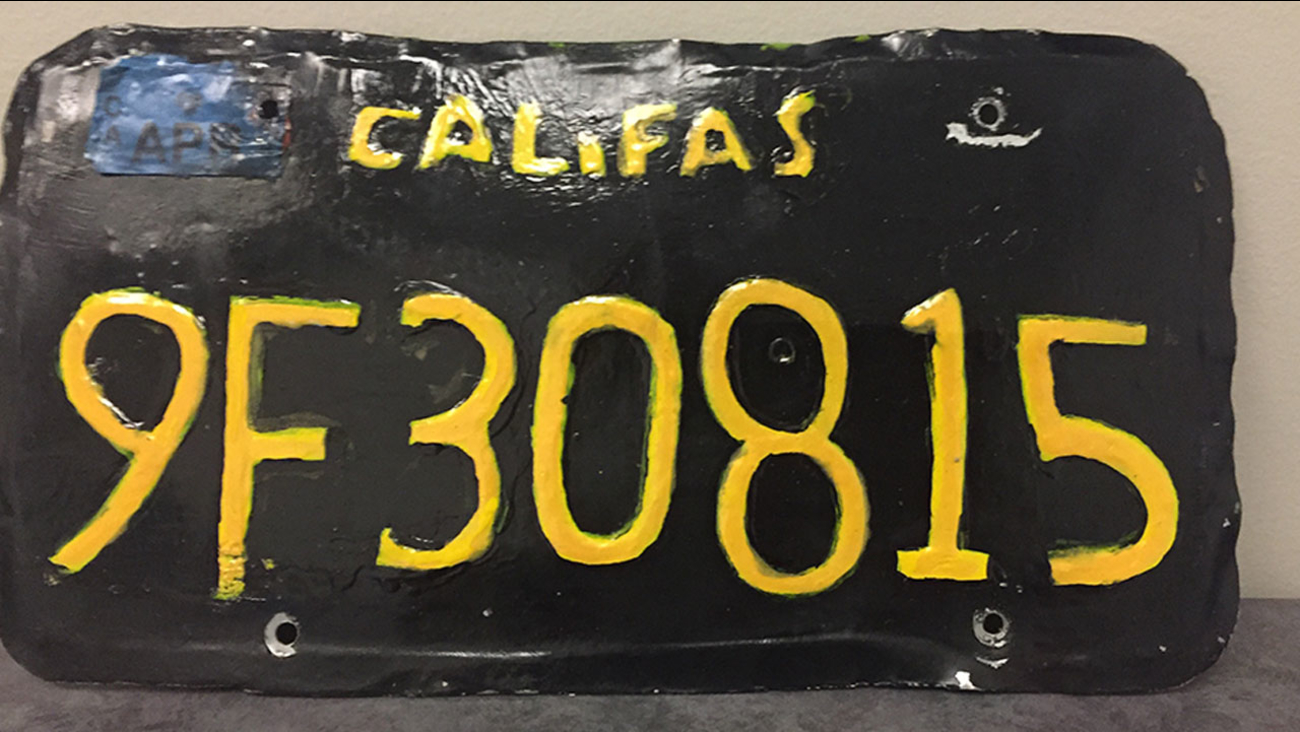 A fake plate from "Califas" caught the attention of a motorcycle officer in Moorpark. (Moorpark PD)

MOORPARK, Calif. -- A truck driver's fake license plate caught the eye of law enforcement in California and led to his arrest on DUI, meth possession and other charges.

So what gave it away?

The first clue that the plate was not genuine was probably the word "Califas" where it should have read "California." Califas is a Spanish slang term or nickname for California.

Also, the letters and numbers appeared to be painted on by hand and were slightly crooked.

The plate caught the attention of a motorcycle deputy in Moorpark who pulled over the tractor-trailer driver.

He determined the driver was under the influence of narcotics and arrested him for DUI, possession of methamphetamine, being an unlicensed driver and having an active warrant for his arrest.

The tractor-trailer he was driving then had to be towed from the scene because it was unsafe to be driven, officials said.

The Ventura County Sheriff's Office, which patrols Moorpark, said it recently created special enforcement efforts dedicated to trucks and commercial vehicles because of the high number traveling through the city.