WTVD
DURHAM (WTVD) -- Graphic autopsy photos, a chilling 911 call and tears were the focus of the third day of testimony in the Joseph Mitchell murder trial.

It's a case where the killer is not the mystery but rather why a 4-year-old little boy was suffocated.

Durham prosecutors contend Mitchell, 50, knew exactly what he was doing the night he entered the bedroom of his three children and began to attack them.

Blake Mitchell would not survive and instead would succumb to asphyxiation.

Prosecutors asked how long it would have taken Mitchell to suffocate his son to the point of death.

"It's difficult to give an exact time," said Radisch, explaining that it could take up to 10 seconds for a person to become unconscious, another four minutes to cause irreversible brain damage and several additional minutes to cause death.

The state's chief medical examiner also told the jury the child had visible hemorrhages in his right eye among other injuries, including markings on the neck that looked like chain links.

A forensic biologist would later testify that a bracelet belonging to Joseph Mitchell was tested for blood.

DNA tests were also conducted on a bizarre face mask Mitchell was said to be wearing the night of the attack and two bloody gloves.

Mitchell's defense attorney denies this is a first-degree murder case and will try to convince the jury the Durham father was under extreme financial trouble that left him in a sleepwalk state.

From expert witnesses to the victim's grandfather, testimony took an emotional turn for those closest to the victim.

Affectionately calling his grandson "Blakey," Peter Perolini told the jury he and his son-in-law had a good relationship until that ill-fated night.

He recalled that he heard a commotion upstairs that night, saw his daughter in distress and then called 911.

"My daughter was trying to administer first aid and he was like a doll. I decided to go across the street to a neighbor who's a nurse," said Perolini.

He would later wipe away tears along with his daughter and the defendant as his 911 call was played in the courtroom.

Weather permitting, testimony will continue on Thursday. Court will not be in session on Friday because an alternate juror is attending a funeral. 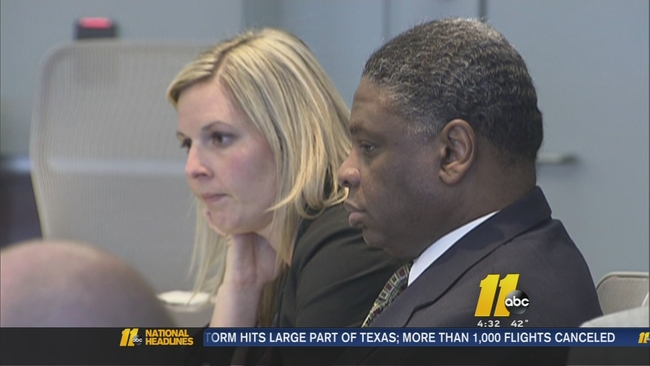 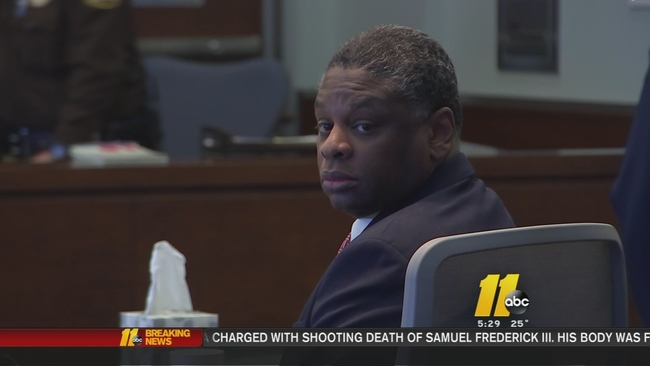