Not drafted but not giving up: Triangle players sign NBA free-agent deals 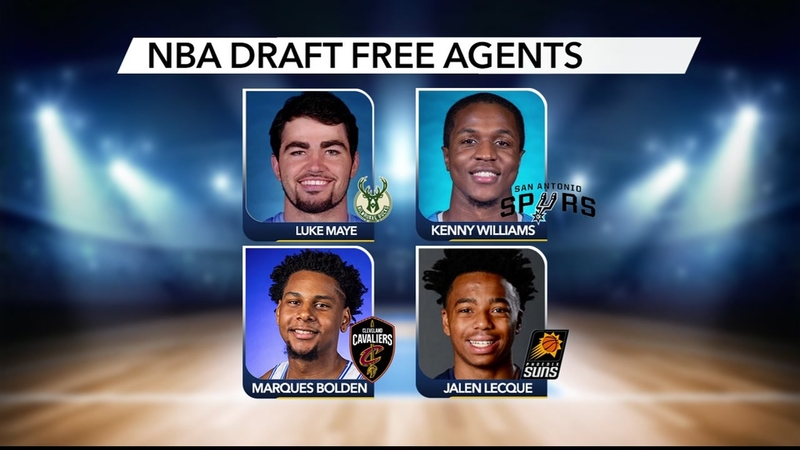 It was a night of dreams for many players at the NBA Draft on Thursday night, and for others, a reminder that there's still work to do to achieve the dream.

A number of Triangle players weren't drafted, but are still determined to prove that they've got the goods and have signed free-agent deals.

Let's start with the small school guys. Nobody in college hoops at any level filled it up like Chris Clemons and Amir Hinton last year.

Clemons led D1 in scoring at Campbell and became the third-leading scorer in NCAA history by the end of his time in Buies Creek. He's signed a free agent deal with the Houston Rockets.

I’m super excited to announce that I will have the opportunity to play for the @HoustonRockets ‼️ see ya at summer league 😤😤 pic.twitter.com/tlorF1Sp4y

Hinton meanwhile led D2 in scoring while at Shaw. He's agreed to a free agent deal with the New York Knicks, where he'll join RJ Barrett in summer league play. Hinton, like so many undrafted players, is using his draft-night disappointment as fuel.

@MirHinton_22 will be headed to the mecca of basketball as an undrafted free agent. @nyknicks just got themselves a baller... and a bunch of HBCU hoops fans. https://t.co/XDuTIdLzE4 pic.twitter.com/N5pU2s8iyH

Always been the underdog

As for the big school fellas, UNC's Luke Maye landed a free-agent deal with the Milwaukee Bucks, where he'll compete for the chance to play pro ball alongside the Greek Freak Giannis Antetokounmpo.

Perhaps the most intriguing post-draft signee was NC State recruit Jalen Lecque, who opted to skip college for pro ball after a year at prep school.