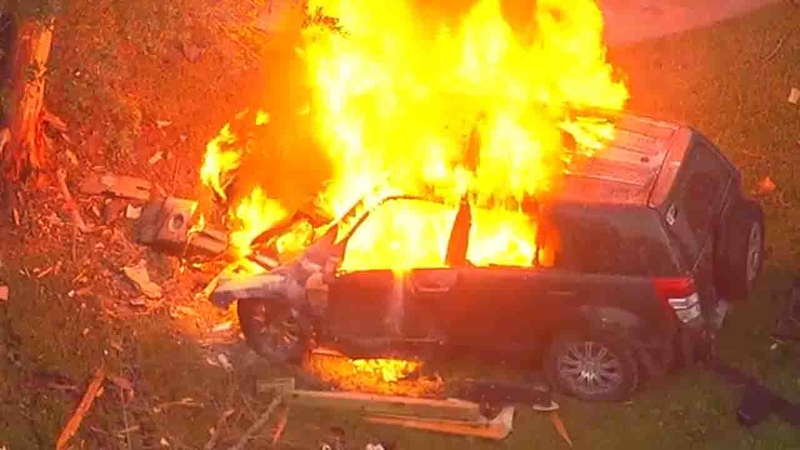 HOUSTON, Texas -- A 13-year-old boy being chased by police crashed into the backyard of a Houston home, causing the SUV he was driving to catch fire, authorities say.

Officers said they started to pull over the SUV when they spotted it going over 80 miles per hour on the Southwest Freeway.

The boy didn't stop and ended up hitting a tree and a gas line as he plowed into the backyard of a home.

The SUV then burst into flames.

SUV on fire outside of home in west Houston after crashing through backyard.

The child was taken to the hospital as a precaution.

SkyEye was over the backyard, where flames were shooting from the vehicle. Debris from the crash was scattered all over the yard.

Police say the people who live in the house were not home. They have been contacted about the crash.

Police just told me people who live in this house.....aren’t home. They’ve been contacted. They know about the damage. What a mess to come home to. #abc13 https://t.co/0oICwCRRQ4 pic.twitter.com/RAQouDxp6k