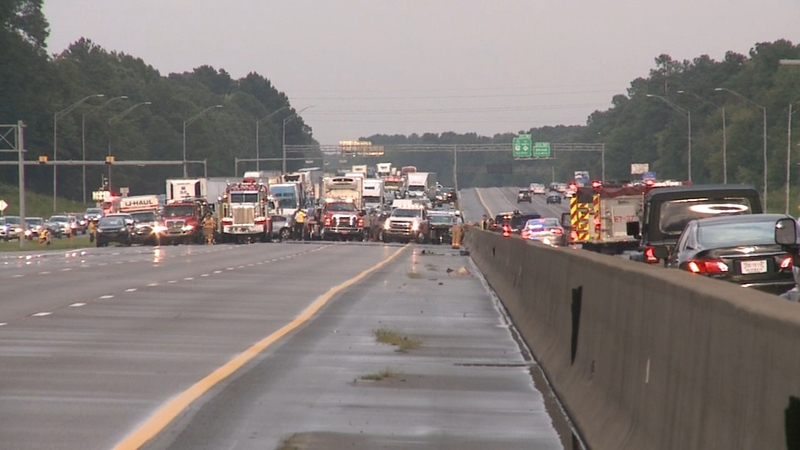 Crashes close I-85 for hours in Orange County

An ABC11 crew at the scene said several cars wrecked on the north and southbound lanes, backing up traffic for miles in both directions.

Several agencies responded to the wrecks, which shut down I-85/40 in both directions near Buckhorn Road for hours.

It is unclear as to what caused the series of crashes, the Highway Patrol said, but heavy rain at the time could have been a factor.

The Highway Patrol said that during heavy rain and poor weather conditions, drivers should follow a few tips to ensure their safety: