2018 a record-breaking year for Wake County tourism, according to visitors bureau 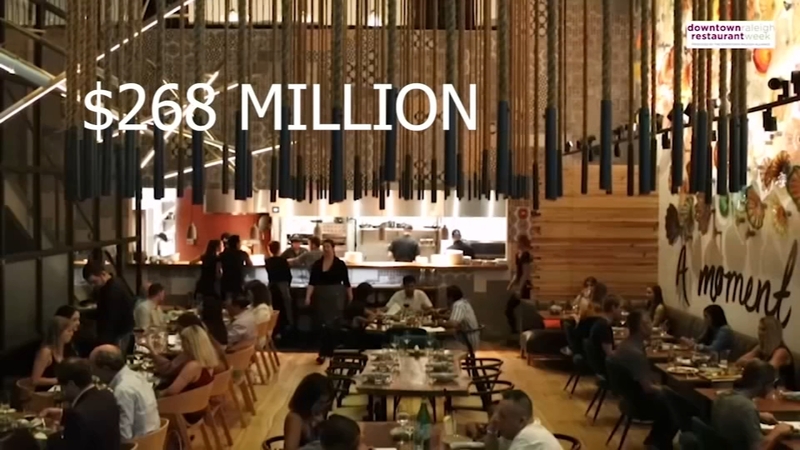 RALEIGH, N.C. (WTVD) -- In 2018, 16.8 million people traveled to Wake County, marking a record-breaking year for tourism, according to the Greater Raleigh Convention and Visitors Bureau.

The Visit Raleigh report released Wednesday, said those visitors, 4.8 percent more than 2017, spent $2.7 billion, an increase of 7.2 percent over the year prior.

That visitor spending translated into $268 million in state and local tax revenues, which Dennis Edwards, Pres. and CEO of Visit Raleigh said is money that matters to people who live here.

"That money goes directly back into schools, education, roads, firefighters, the necessities that we as residents look for," Edwards said.

Edwards touted the well-kept and expanding RDU International Airport, new and improved roads, and warm southern hospitality for drawing tourists and keeping them coming back.

However, Edwards said Wake County is missing two things that could help it thrive as a destination for out-of-towners.

"If you look at infrastructure and somebody says, what are you missing? I would say a downtown headquarters hotel," Edwards said. "The other would be an indoor sports complex that can handle major tournaments. That sports complex could be anywhere in Wake County."

While Visit Raleigh reports the six new hotels that opened in 2018 increased hotel space by 4.3 percent, demand still outpaced supply with an increase of 6.1 percent.

Edwards wants to see a new headquarters hotel within walking distance of the Raleigh Convention Center.

Instead of the outdoor soccer stadium proposed as part of the Downtown South project, Edwards said a 200,000 square-foot, multi-court indoor sports complex located anywhere in the county, would be a better return on investment.

"What new events would they bring in that would drive new overnight visitation?" Edwards said. "We've got some great concert venues in Wake County, we have Wake Med Soccer Park that handles and is currently home of the two soccer teams."