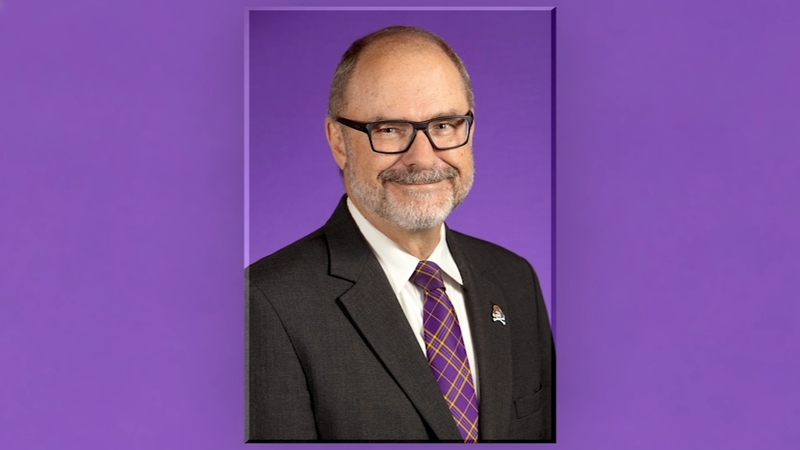 GREENVILLE, N.C. (WTVD) -- East Carolina University has a new interim chancellor less than a week after the former acting leader stepped down in controversy.

University of North Carolina System Interim President Bill Roper said in a statement Thursday that Dr. Ron Mitchelson has been named as interim chancellor at ECU.

"Dr. Mitchelson has held several faculty and administrative positions at the university," Roper said. "He came to ECU in 1999 and has served as provost and senior vice chancellor for academic affairs with distinction since 2015."

The former interim chancellor, Dan Gerlach, submitted his resignation Saturday. Gerlach had been on administrative leave since September 30 after photos were published of him at a bar with students

Mitchelson has served in his place during that time.

"As a longtime member of Pirate Nation, Ron will do a great job leading the university while the ECU Chancellor Search Committee begins the vital work of identifying the university's next chancellor," Roper said.

Before coming to Greenville, he held faculty and administrative positions at the University of Georgia and at Morehead State University in Kentucky.

"My 20 years at ECU have been, by far, the most rewarding years of my life," Mitchelson said in a statement released by the university. "The university has afforded me so many opportunities to grow as an educator and as a leader.

"I am humbled and privileged to lead this great university, and I appreciate the responsibility that President Roper has entrusted to me," he added.
Report a correction or typo
Related topics:
educationgreenvillenceducationbaruncphotosecu
Copyright © 2021 WTVD-TV. All Rights Reserved.
TOP STORIES
LATEST: Gov. Cooper to give COVID update this afternoon
Healthcare worker has message for vax-resistant hospital workers
FORECAST: Another 95-degree day today
Some businesses reinstate mask mandate as COVID cases surge
UNC Psychiatry still seeing high demand as pandemic rages on
Billy Graham's grandson Jonathan Lotz out of ICU, to begin rehab
Show More
Canes defend unpopular signing as free agency begins
Tenants, housing advocates brace for end of eviction moratorium
How to keep your energy bill low when temps are high
As the Delta variant causes a COVID surge, how prepared are hospitals?
Google, Facebook will require employees to be vaccinated
More TOP STORIES News