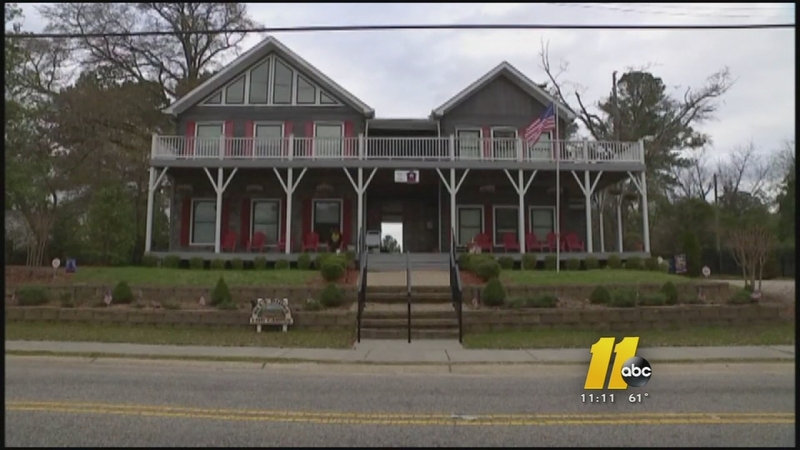 Utilities cut off to shelter for women veterans

FAYETTEVILLE (WTVD) -- Residents at the Steps-N-Stages Jubilee House-- which was famously featured on ABC's Extreme Makeover Home Edition show in 2011 --are in the dark after the City of Fayetteville cut off power and water to the transitional home for female veterans on Wednesday.

"I think it is serious to the degree that the women are concerned about their safety and security," said Barbara Marshall, who runs the Jubilee House.

They are not able to cook, bathe, or flush the toilet because Marshall says she is several thousand dollars behind in utility payments--but adds, she is doing the best she can.

"I have used my retirement," Marshall said. "I have gone through my pension. I have gone as deep as I can."

From the glamorous dream of a huge home makeover, to the reality of day-to-day bills, Marshall says she has poured her love and savings into keeping the house open for women veterans who are in need of assistance.

Since the home was rebuilt from the ground up, Marshall has been facing struggles.

In 2012, she came under fire after she was accused by some of mismanaging funds and turning away veterans.

Following a series of Fayetteville Observer reports, the state launched an investigation into the claims.

Marshall has always denied the accusations. In December 2013, she spent three days in jail for her refusal to turn over occupancy information to the state. Once released, she agreed to cooperate, but motions filed in February 2014 indicated that the state still believed she was withholding vital records.

In an interview with ABC11 a month earlier, Marshall said she'd initially refused to hand over records, for fear the veterans' trust and privacy would be comprised.

Meanwhile, female veterans who currently live at the home say Jubilee House is a beacon of hope in an otherwise dark world.

"I think some people think 'It's not my problem.' They like to delude themselves, but it is because it affects people down the road," Marshall said. "We are all connected in a way."

Marshall is asking for community help to keep the lights and water turned on and the doors open. Without that help, she said the future of Jubilee House is as dark as the night.

"Fayetteville knows how to step up and a lot of these women veterans are getting jobs, working at the VA, becoming productive citizens -- making a good life for themselves," said Marshall. "That's what we want."

Click here for more about the Jubilee House and how to make a donation.

ABC is the parent company of ABC11.