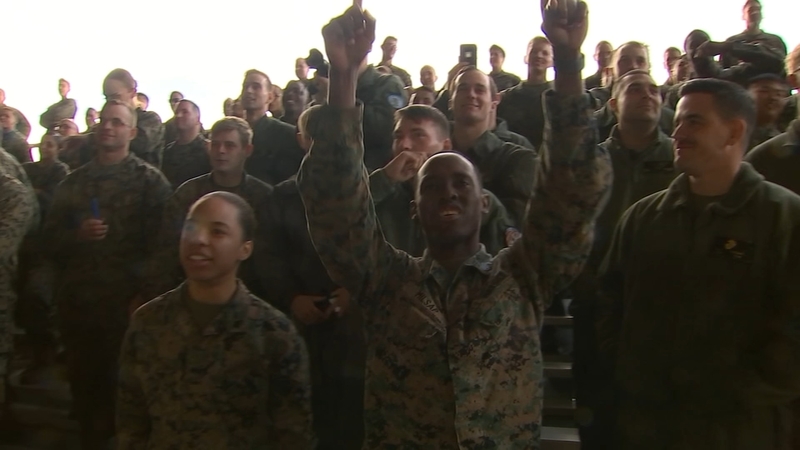 JACKSONVILLE, N.C. (WTVD) -- Thousands of Marines stationed at Marine Corps Base Camp Lejeune and Marine Corps Air Station New River had the chance to attend the WWE's Tribute for the Troops.

Every week, you see these superstars on TV, but on Friday, Marines got the chance to see performances from WWE superstars such as Braun Strowman, Roman Reigns, New Day and many more.

WWE superstar Montez Ford knows exactly what it's like to be in these Marine's shoes, Ford served in the Marines from 2008 to 2012 and was stationed in California.

"I know the sacrifices that all these young individuals have had to make, these young men and women. And it's just an honor for this to come back full circle," said Ford.

For almost 10 years, Natalya, a third-generation superstar and member of the legendary Hart Family, has been a part of Tribute for the Troops.

"When you meet the Marines, and you meet the people, men and women that give us so much and you feel their energy. It's why we do what we do."

Chief Warrant Officer II, Seth Hanson is such a big fan, he brought his own WWE belt to the show.

"For WWE to come down and give us the presence and the action and get to know the troops a little bit, it means a lot."

In addition to the live performance, other WWE superstars met Marines throughout the base and their kids to get a taste of their lifestyle and thank them for their service.